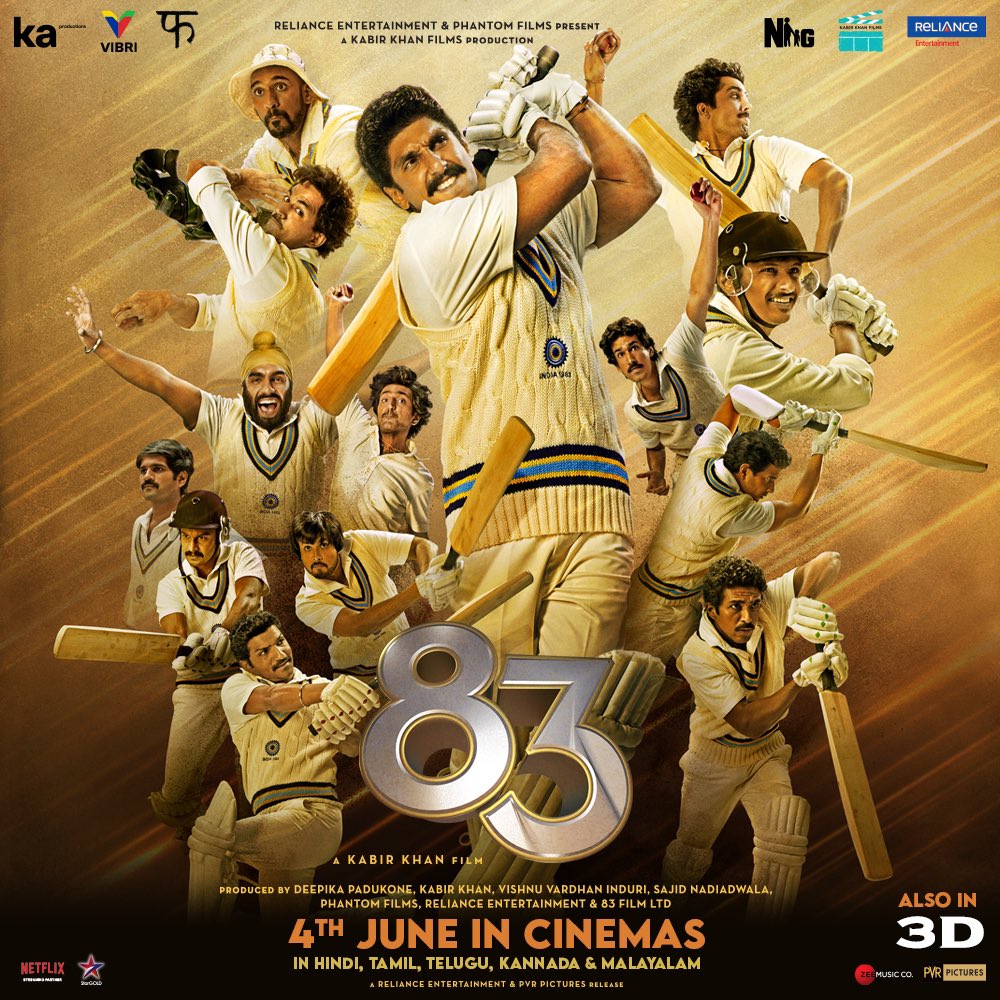 One of the biggest biographical film that India would ever witness was surely 83, a film that recreates the first ever world cup victory of India in the game of cricket that has become the favorite game of the nation over time.

Musical score is by Julius Packiam. Cinematography is by Aseem Misra. Rameshwar S Bhagat. This is directed by Kabir Khan.