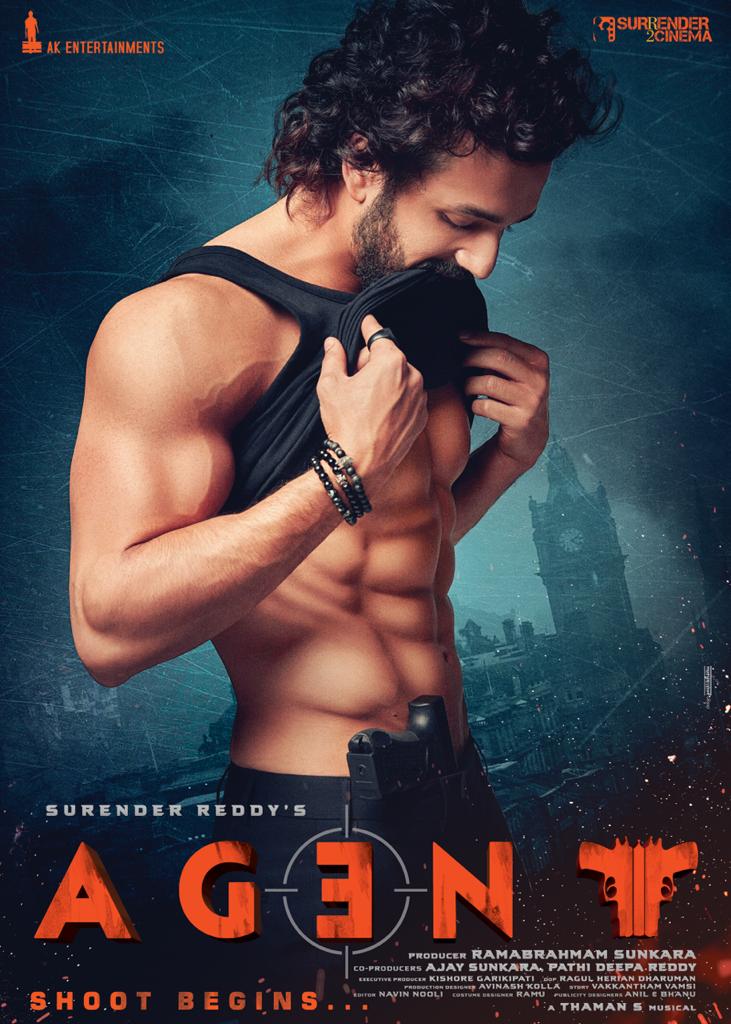 Surender Reddy announced to commence the film’s shoot from today. Akhil will be seen in an action-packed role in Agent and it will feature a whole new side of him.

While director Surender Reddy released a back pose of Akhil in the gym yesterday, a new poster of the film is revealed today. Bulked up his physique, Akhil looks masculine here, as he lifts up his sleeveless vest. The poster also shows gun tucked in Akhil’s pants.

Vakkantham Vamsi is providing story for the film to be produced by Ramabrahmam Sunkara under AK Entertainments and Surender 2 Cinema.

The director-writer duo previously worked together for few blockbusters such as Kick, Race Gurram and they are on a mission to deliver another super hit in their combination.

This is already turning out to be a crazy project, given Akhil is a promising star, Surender Reddy is an accomplished director, Vakkantham Vamsi is a proficient writer and AK Entertainments is a successful banner.

A newbie Sakshi Vaidya is roped in to play the leading lady opposite Akhil in the film billed to be a spy thriller.

Tollywood’s busiest music director SS Thaman will be scoring music, while Ragul Herian Dharuman to crank the camera. National Award winner Naveen Nooli is the editor while Avinash Kolla is the art director.

Ajay Sunkara, Pathi Deepa Reddy are the co-producers of the film.