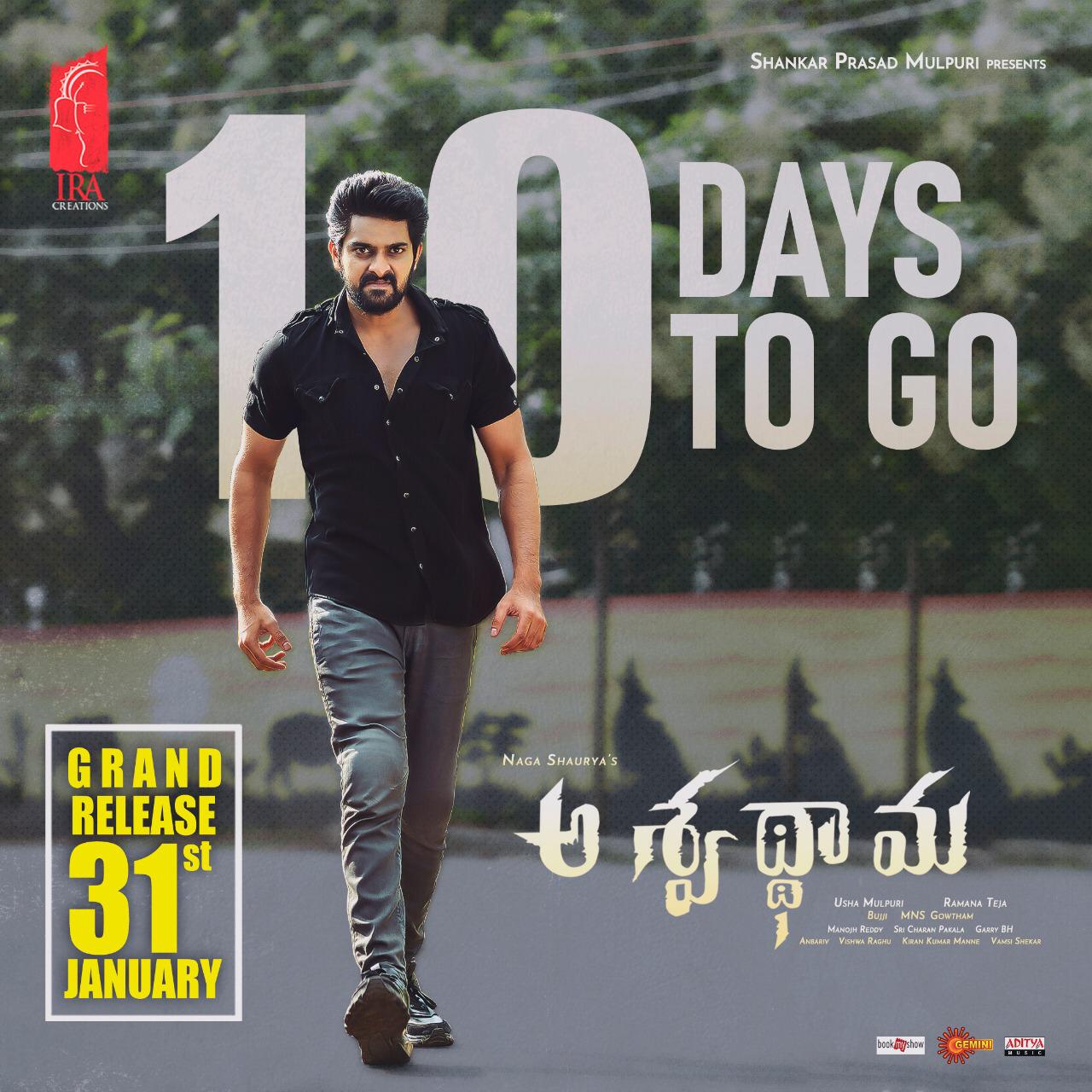 Aswathama Movie is getting dressed up for a release on 31st January 2020. So only 10 days away for its release.

Naga Shaurya,Mehreen Kaur Pirzada,Sargun Kaur are in the cast directed by Ramana Teja.

Musical score is by Sricharan Pakala. Cinematography is by Gary G H.Story written by Naga Shaurya. Screenplay,dialogues and direction are by Ramana Teja. Usha Mulpuri is the producer on IRA Creations Banner.