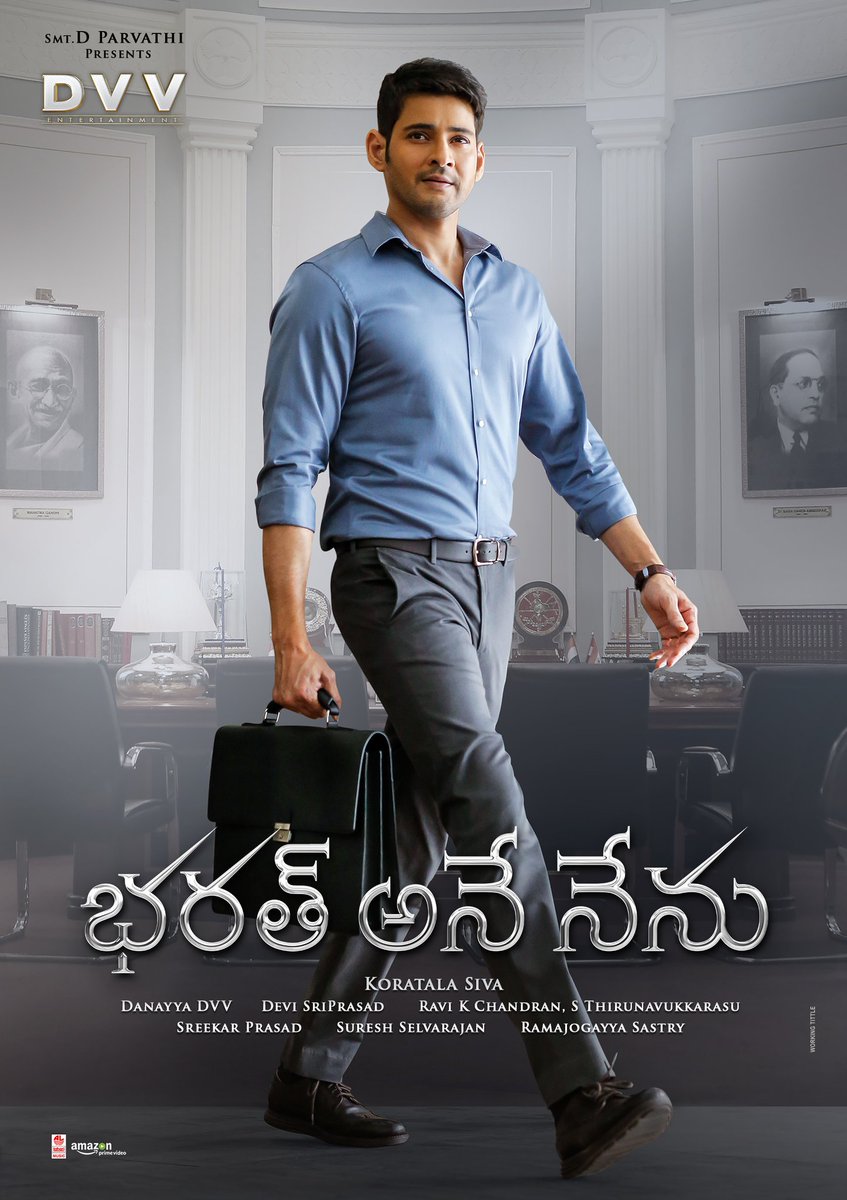 For the first time ever, the title launch of a film is happening through Facebook Live Audio Broadcast. In the audio of the First Oath, Superstar Mahesh takes Oath as the Chief Minister of the united state of Andhra Pradesh.  The First Oath also announced the title of the film, which is ‘Bharath Ane Nenu’, in a super unique way!
The First Oath was launched at 7 AM, by Superstar Mahesh Babu on his Facebook page, along with all major radio stations and Music streaming apps like Gaana, Saavn, Wynk music, etc.
Starring Superstar Mahesh Babu and Kiara Advani in the lead, the film is directed by Siva Koratala and Rockstar Devi Sri Prasad is scoring the music for this film. DVV Entertainment is the production house. The team has done a trendsetting job by not just coming up with such an innovative idea, but also with the way it’s been promoted on the digital platforms and generated a lot of interest and curiosity.