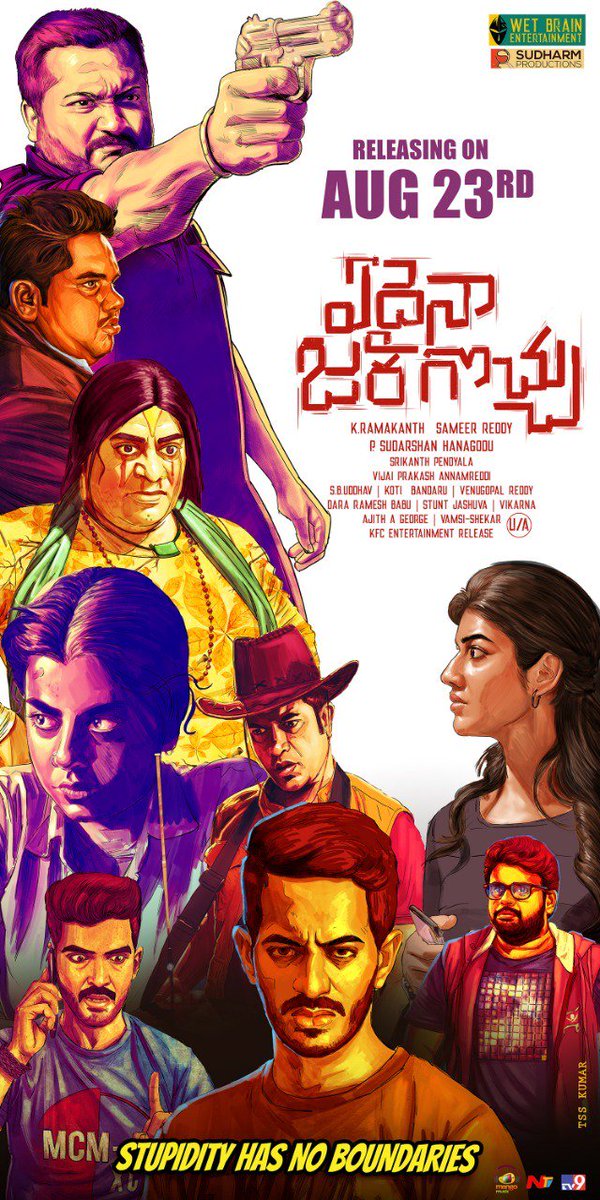 Actor Sivaji Raja’s son Vijay Raja is making his screen debut with the movie ‘Edaina Jaragocchu.’ The movie is getting dressed up for a release on 23rd August 2019.

This is stated to be a crime horror thriller.

Noted cinematographer Sameer Reddy has cranked the camera for it while Srikanth Pendyala is composing music.Story,screenplay,dialogues and direction are by K Ramakanth.