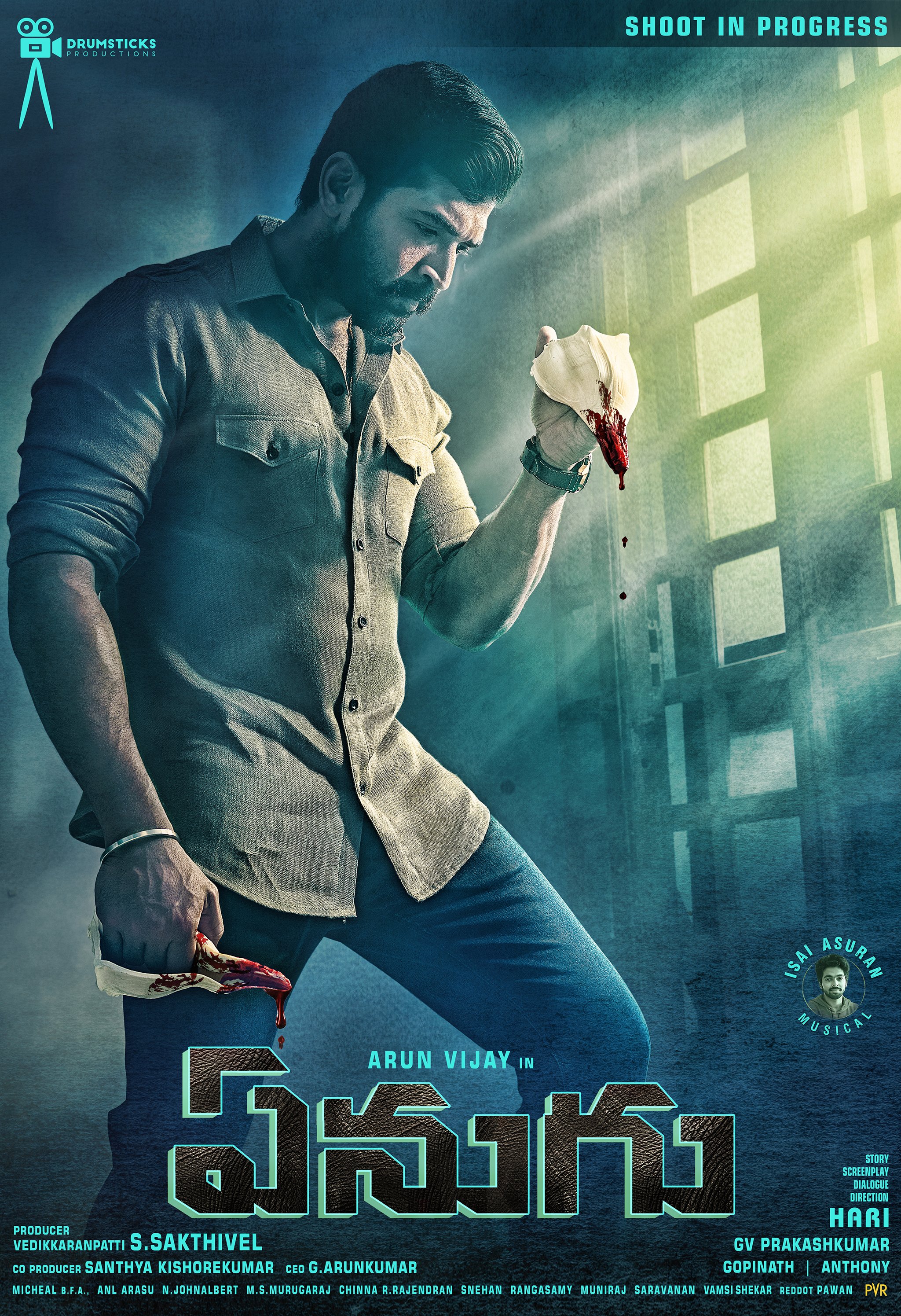 The poster sees Arun Vijay in white shirt carrying Ganesh idol. However, he looks intense and manly here, as he gazes seriously. He sports handlebar mustache. Known as a fitness freak, Arun Vijay will be playing an action-packed role in the movie. A perfect Vinayaka Chaturthi poster indeed it is from the makers of Enugu.

The film will also have some popular technicians handling different crafts. GV Prakash Kumar renders soundtracks, while Gopinath is the cinematographer and Anthony is the editor.