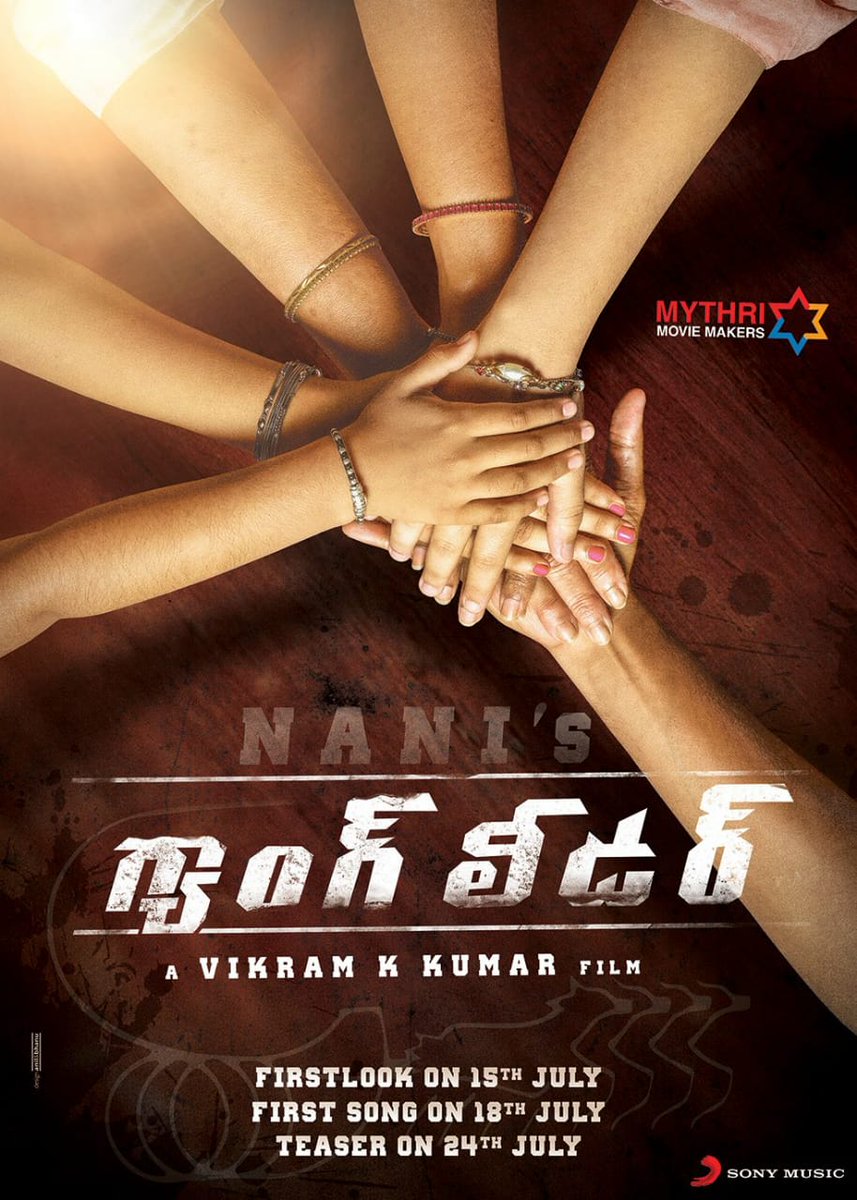 The pre look of Natural Star Nani starrer ‘Nani’s Gangleader’ Directed by  Vikram K. Kumar is released today. The first look will be released on 15th July 2019. The unit is planning for the release of first song on 18th July 2019 and the teaser on 24th July 2019.

The producers are planning for the movie release on 30th August 2019.

Musical score is by Anirudh Ravichander. Cinematography is by P C Sriram.Editing is by Naveen Nooli. Art by Ram Kumar. Story is by Vikram K Kumar and Mukund Pandey. Dialogues are written by Darling Swamy. Screenplay and direction are by Vikram K. Kumar. Naveen Yerneni, Y. Ravishankar, Mohan (CVM) are the producers on  Mythri Movie Makers Banner.