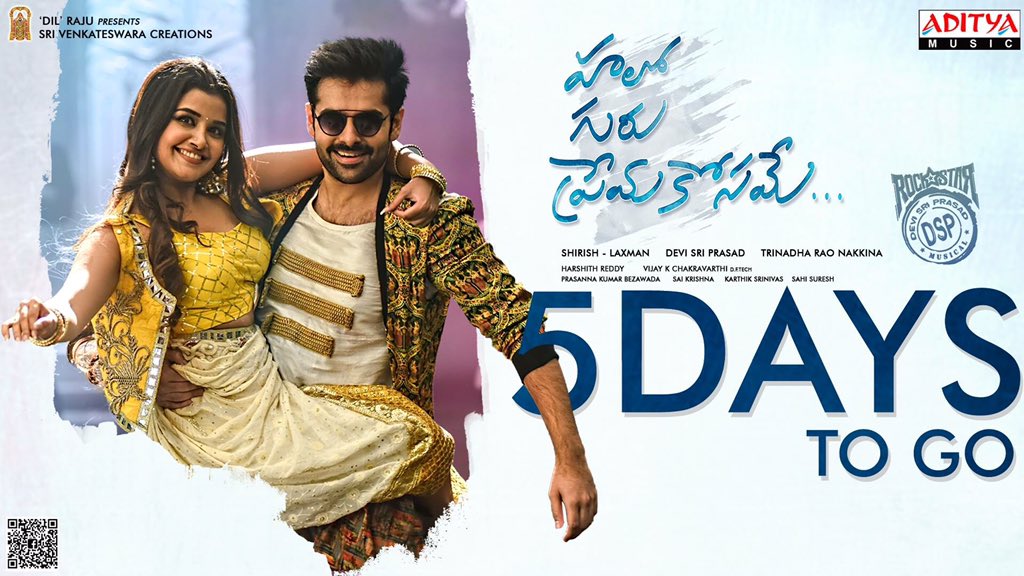 Hello Guru Prema Kosame Movie is dressing up for a big release on 18th October 2018.So only 5 days to go for its release.

The theatrical trailer  released on 10th October 2018 is getting good response. The movie pre release event is going to be held in style in Vizag on 13th October 2018.

Ram and Anupama Parameswaran is the lead pair with Prakash Raj playing a key role. Pranitha,Mahesh Achanta, Posani Krishna Murali,Sithara,Suresh are in the support cast.