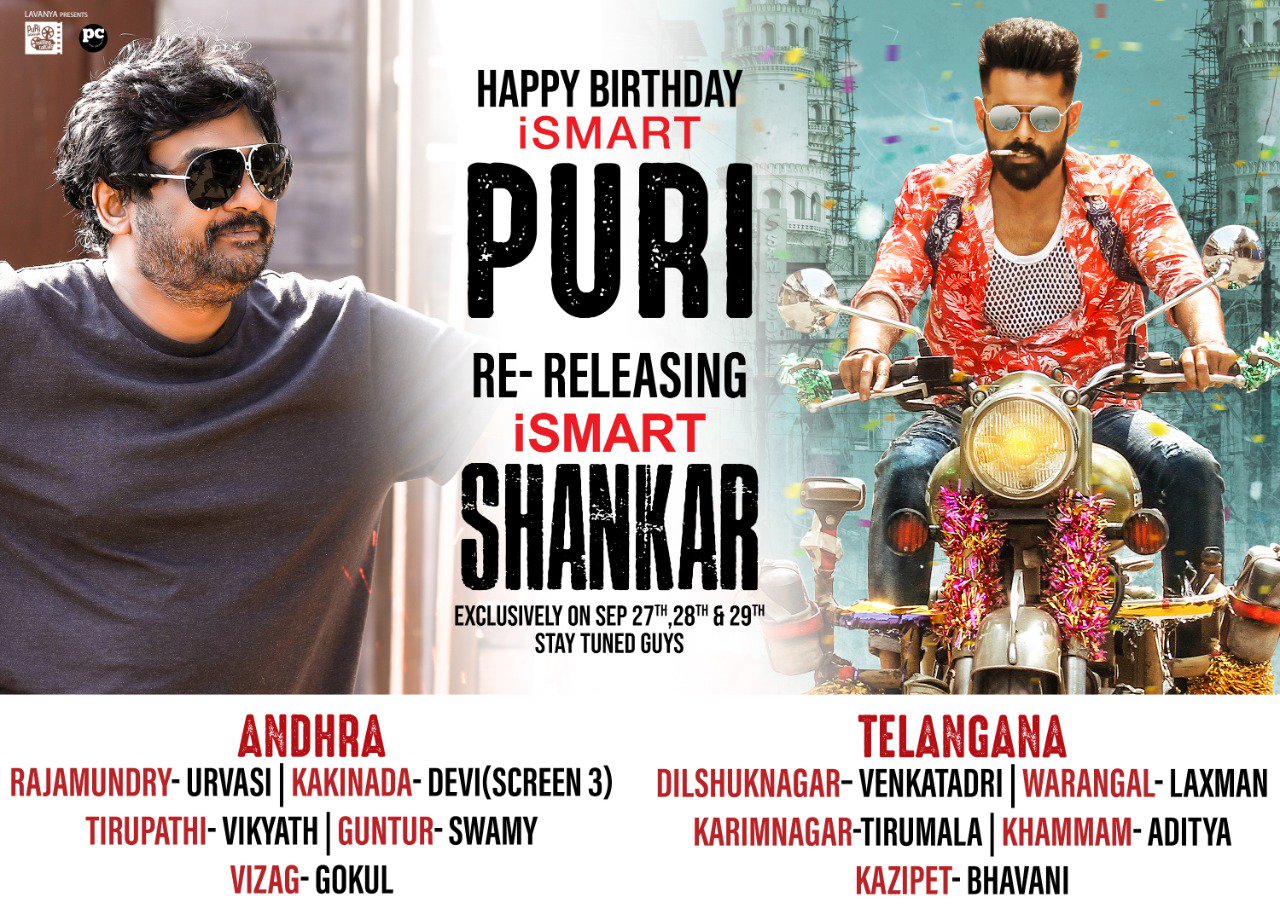 Director Puri Jagannadh is planning to celebrate his birthday which is on 28th September 2019, in a different way. He is re-releasing his super hit movie ‘Ismart Shankar’ in Selected Theaters in Telangana and Andhra Pradesh as part of his Birthday Celebrations. One has to wait to see how the response will be for this re-release.