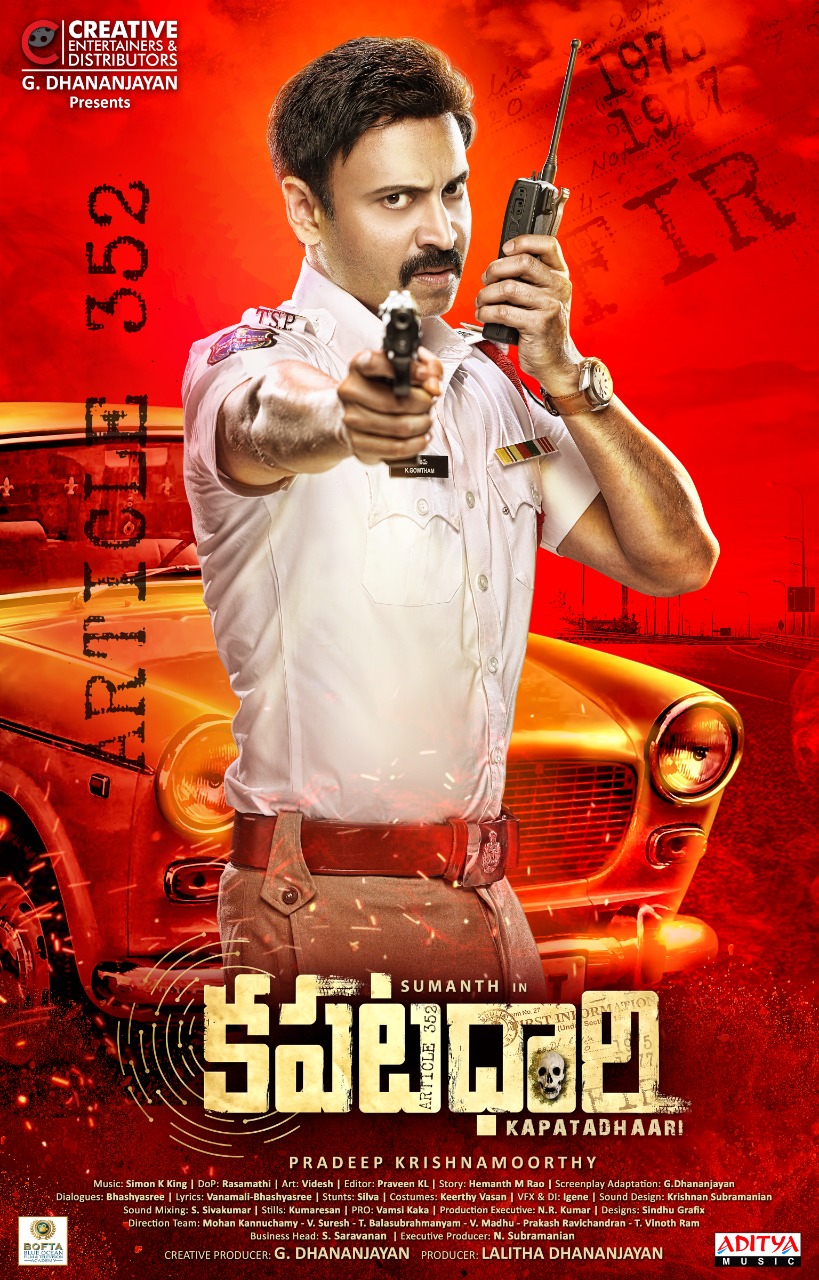 Sumanth, one of the talented Telugu heroes,is coming up with the movie titled ‘Kapatadhari’  under the direction of Pradeep Krishnamoorthy.

The First Look and Motion Poster of the film was  unveiled on Monday by Yuva Samrat Akkineni Naga Chaitanya, who wished the entire team all the best.

The film is a remake of super hit Kannada film ‘Kavaludaari’, which went onto become a big success. The film is an emotional thriller, exploring a new theme, which is being remade in both Tamil and Telugu languages by Producer Dr.G. Dhananjayan on Creative Entertainers and Distributors Banner.

While the Tamil version shall have a different cast, the Telugu version will star Sumanth, Nasser, Nandita, Pooja Kumar, Jayaprakash, Sampath in key roles.

The film’s shooting has begun on 1st November 2019 at Chennai. The film is being  shot in Chennai and Hyderabad.

This is stated to be an Emotional Thriller