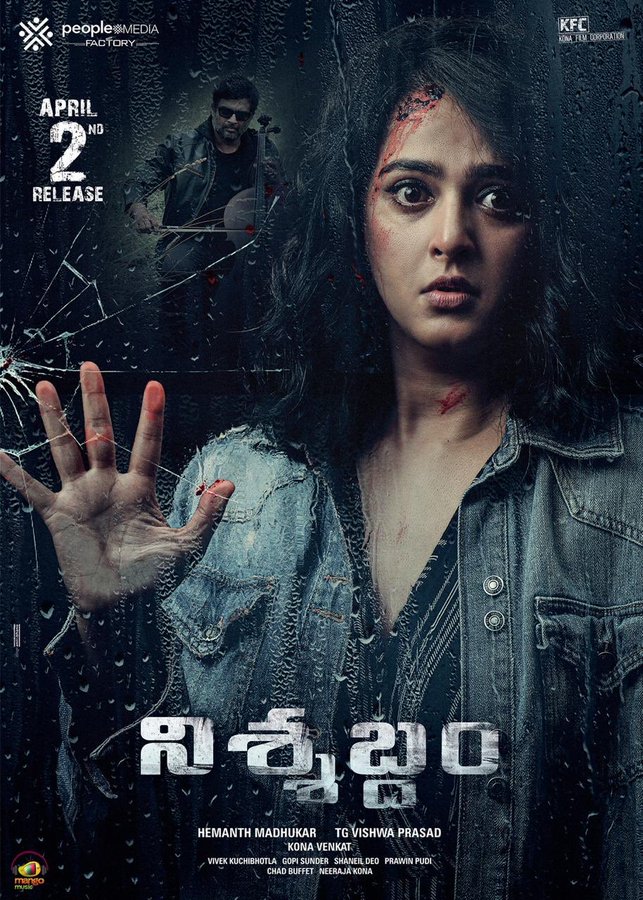 Tollywood star heroine Anushka who became care of address for lady oriented films after scoring super hits with Arundhati, Baahubali, Rudhramadevi and Bhaagamathie is presently starring in the lead role in ‘Nishabdham’.

Hemant Madhukar is directing the film while TG Vishwa Prasad and Kona Venkat are jointly producing it on People Media Factory and Kona Film Corporation Banners. The film’s entire shoot has been wrapped up and post-production activities are underway.

The film is all set for a grand release worldwide in Telugu, Tamil, Malayalam, Hindi and English languages on 2nd April 2020

Anushka Shetty and  Madhavan will be seen in the lead roles. Anjali, Shalini Pandey, Subbaraju, Srinivas Avasara and Michael Madsen will be seen in other pivotal roles. Along with the first look posters of these characters, the teaser has also hiked expectations on the film.