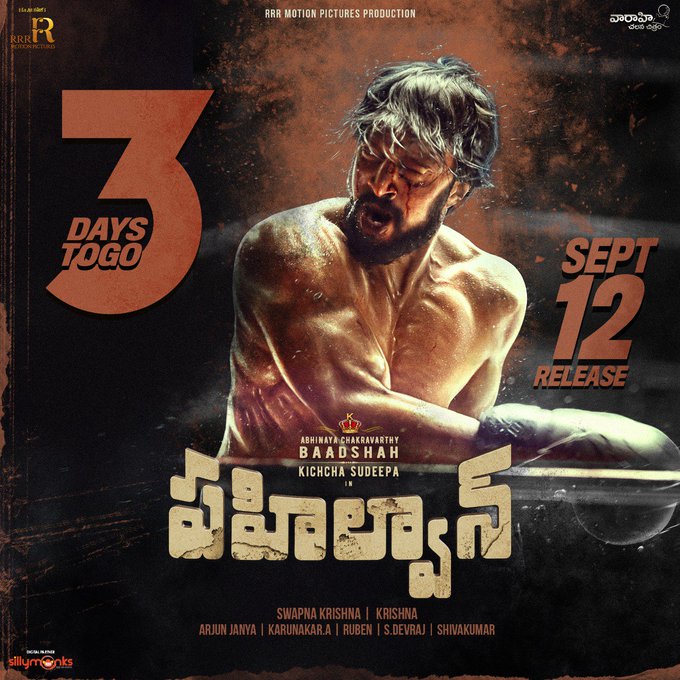 Pahilwan movie is all set for a release on 12th September 2019. So only 3 days to go for its release.

Kannada movie Pailwan got dubbed in to Telugu with the title ‘Pahilwan’.

Musical score is by Arjun Janya. Cinematography is by Karunakar. Editing is by Ruben. Dialogues are written by Hanuman Chowdary. Lyrics are penned by Ramajogayya Sastry. Art by Shivakumar. Choreography is by Ganesh Acharya, Raju Sundaram. Stunts composed by  Ram – Laxman, Dr K. Raviverma.  Screenplay prepared by Krishna , Madhoo,and  Kannan. Story and direction are by S.Krishna. Swapna Krishna is the producer on RRR Motion Pictures Banner. The Telugu version is going to be released on Vaaraahi Chalana Chithram Banner.