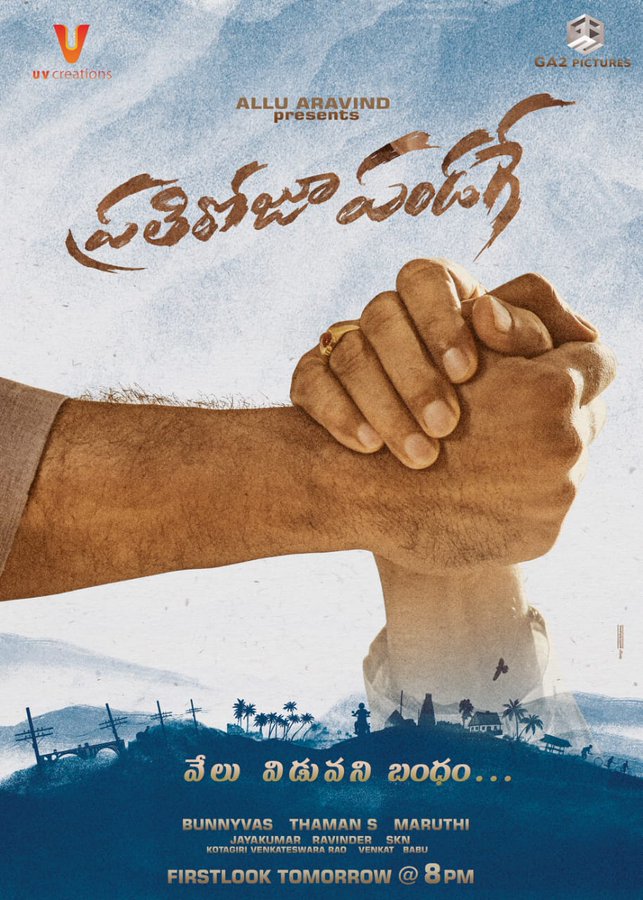 The first look of Sai Dharam Tej from the movie ‘Prathi Roju Pandage’ will be released tomorrow,the 11th September 2019 at 8.00 Pm.

Maruthi is very well known for family entertainers. His earlier films such as Bhale Bhale Magadivoy and Mahanubavudu have already proved him as a family entertaining director. On the other hand, Sai Dharam Tej with his recent blockbuster proved himself that he is a bankable class and mass hero. So, film under this combination got all the attention in and out of the Film Industry.

Sai Dharam Tej and Rashi Kanna together worked in Supreme which was a blockbuster. Now, they are signed up together for Prathi Roju Pandage. This combination has got a positive buzz from all over the Social Media and from the film critiques.

Music by SS Thaman. Cinematography is by  Jai Kumar. Editing is by Kotagiri Venkateswara Rao. Story,screenplay,dialogues and direction are by  Maruthi. Bunnyvas, Vamsi, Pramod and Vikky are the producers  on GA2 Pictures and U V Creations Banners.  Allu Aravind is the presenter.