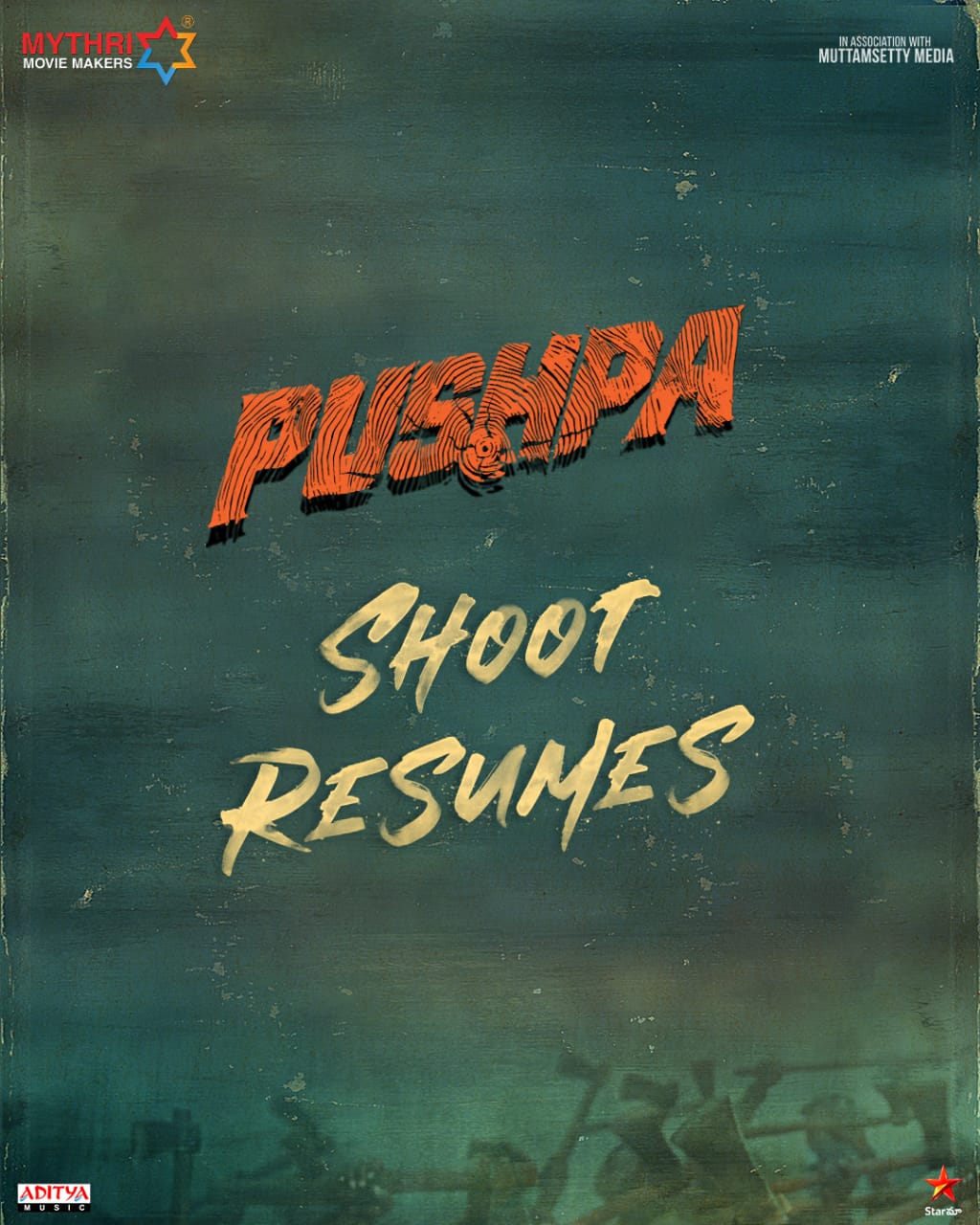 The shooting of Stylish Star Allu Arjun’s movie titled ‘Pushpa’  that  was launched on 30th October 2019 was held up due to corona. The movie team after a short gap have restarted its shooting.

The release date as earlier announced was 13th August 2021.Now we have to wait and see if there will be any change in its release date.

Rashmika Mandana is the heroine for Allu Arjun.

Musical score is by Devi Sri Prasad. Cinematography is by Miroslaw Kuba Brozek. Editing is by Karthick Srinivas. Art by Mounika, S.Ramakrishna. Story,screenplay,dialogues and direction are by Sukumar. Naveen Yerneni,Ravi Shankar Yelamanchili,Mohan Cherukuri are the producers on Mythri Movie Makers Banner.