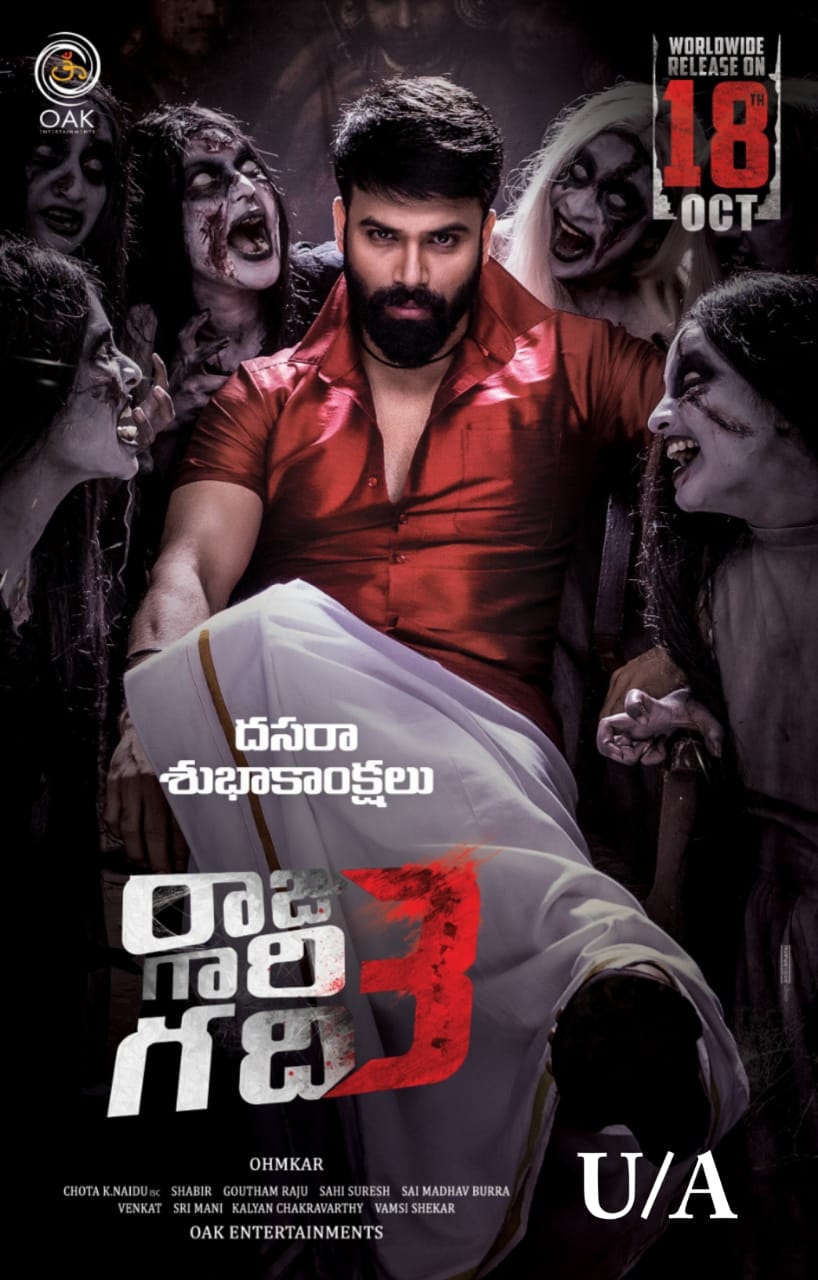 Raju Gari Gadhi is a successful franchise and the third part of this film has Ashwin Babu and Avika Gor in the lead roles.

Being directed by Ohmkar, the film has completed the censor formalities and got ‘U/A’ certificate.

Also the producers have locked the release date on 18th October 2019.

This horror comedy has music of Shabir and Chota K Naidu’s cinematography.

The first look and trailer of the ‘Raju Gari Gadhi 3’ have garnered good response and the expectations are good enough on the movie.
Oak Entertainments banner is producing the film.