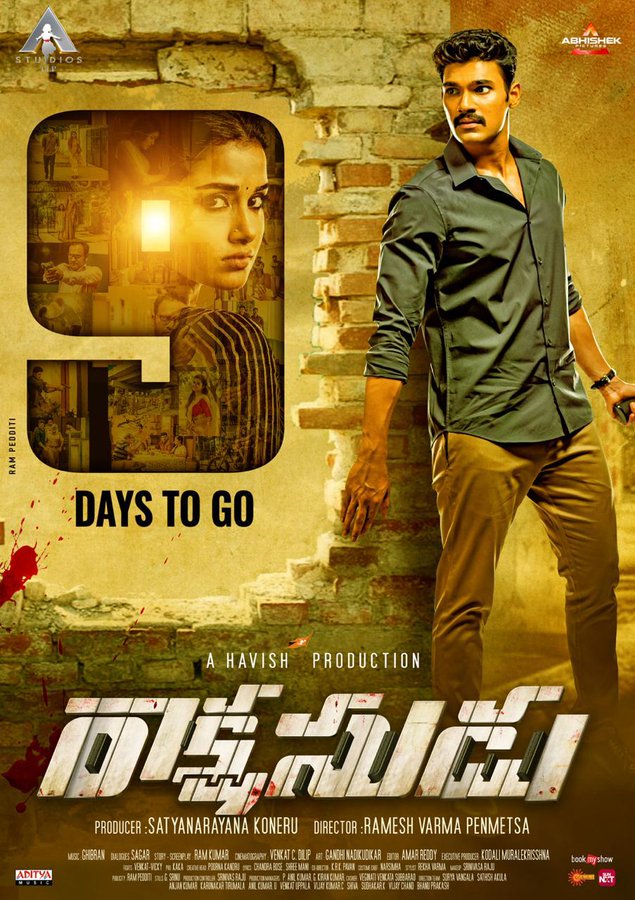 ‘Rakshasudu’ movie is getting dressed up for a big release on 2nd August 2019. It is only 9 days away for its release.

This is the Telugu remake Tamil movie ‘Ratsasan'(2018).

This is stated to be  a crime investigative thriller.  Srinivas will be seen as a sincere police officer.

Devi Sri Prasad’s brother Sagar is writing lyrics for the film that has music by Ghibran.

Bellamkonda Sreenivas, Anupama Parameswaran,Saravanan,Keshav Deepak are in the cast.

Musical score is by Ghibran. Cinematography is by Venkat C Dilip. Art is by Gandhi Nadikodekar.Lyrics are penned by Sagar. Story written by Ram Kumar. Screenplay,dialogues and direction are by Ramesh Varma Penmetsa.
Satyanarayana Koneru is the producer on Havish Production,A Studios ,Abhishek Pictures Banners