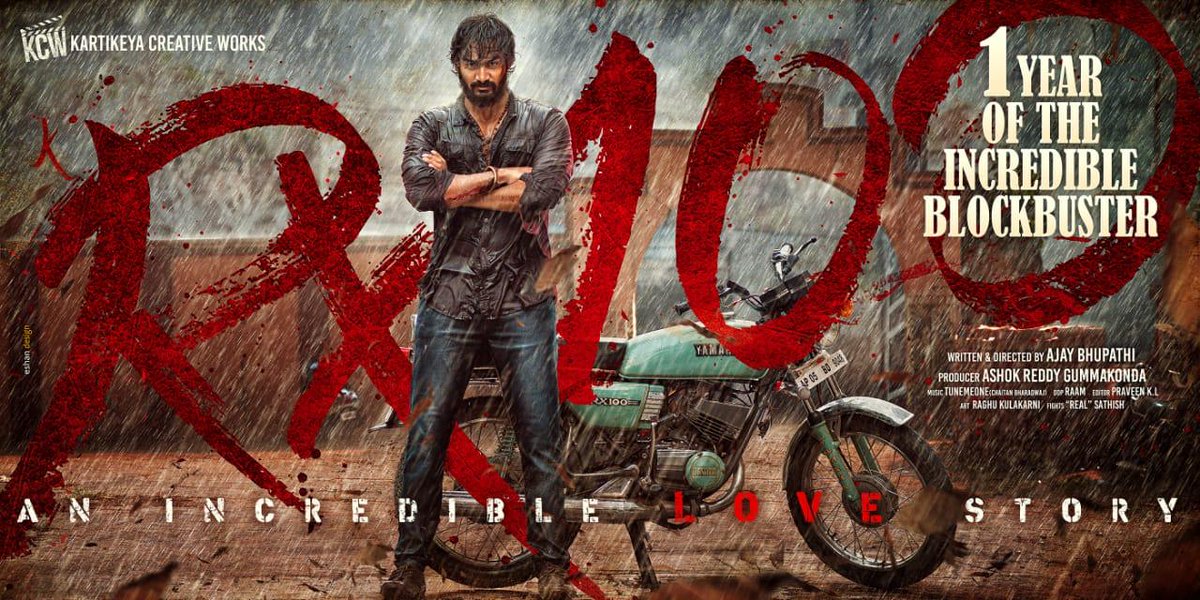 Businessoftollywood.com congratulate the entire team of the movie RX100 for completing one year of its release