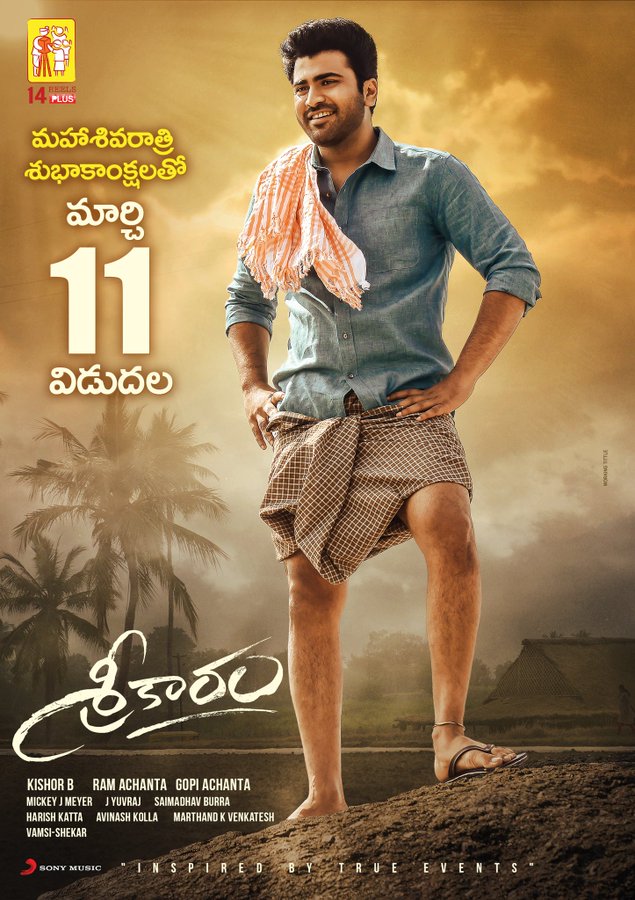 The producers of Sharwanand’s upcoming movie Sreekaram have announced its release date.The movie is getting ready for a release on 11th March 2021.

This family entertainer  directed by Kishore B & produced by Ram Achanta and Gopi Achanta of 14 Reels Plus Banner.

Micky J Meyer is providing sound tracks for Sreekaram. Renewed writer Sai Madhav Burra penned dialogues for the film for which cinematography is by J Yuvraj and art by Avinash.Kolla.

Music is by Mickey J Mayer. Cinematography is by J.Yuvraj. Editing is by Marthand K Venkatesh. Dialogues are written by Sai Madhav Burra. Art is by Avinash Kolla. Story,screenplay and direction are by Kishore.B. Ram Achanta, Gopi Achanta are the producers on 14 Reels Plus Banner.