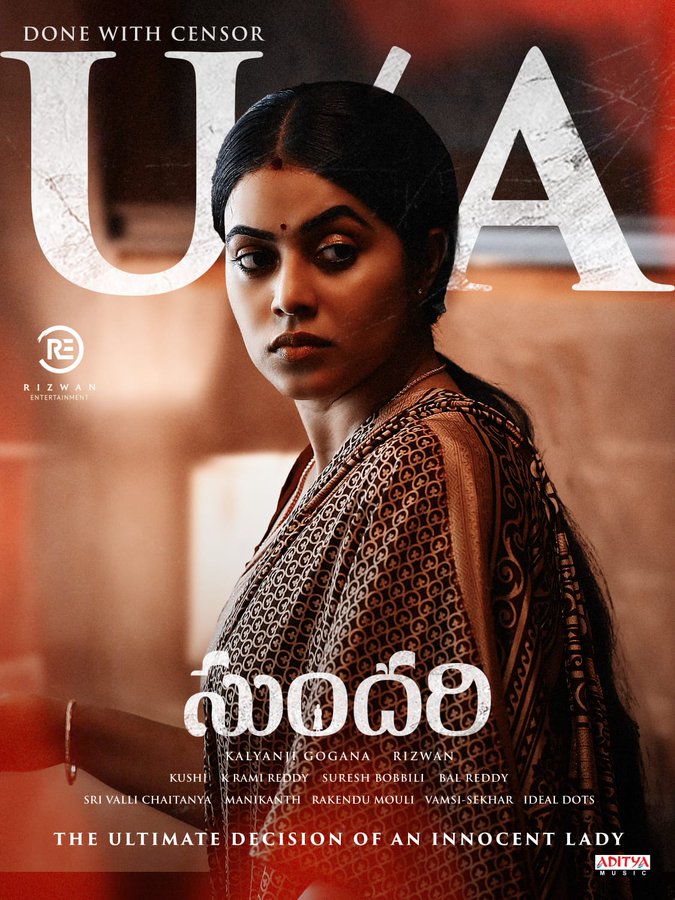 Now the movie is all set for its theatrical release.

Poorna plays the lead role in Sundari directed by Kalyanji Gogana. This is second film for the director who previously made the critically acclaimed film Natakam.

Arjun Ambati plays a crucial role in the film produced by Rizwan.

Billed to be a family drama, the film comes up with the tagline- ‘The ultimate decision of an innocent lady’.