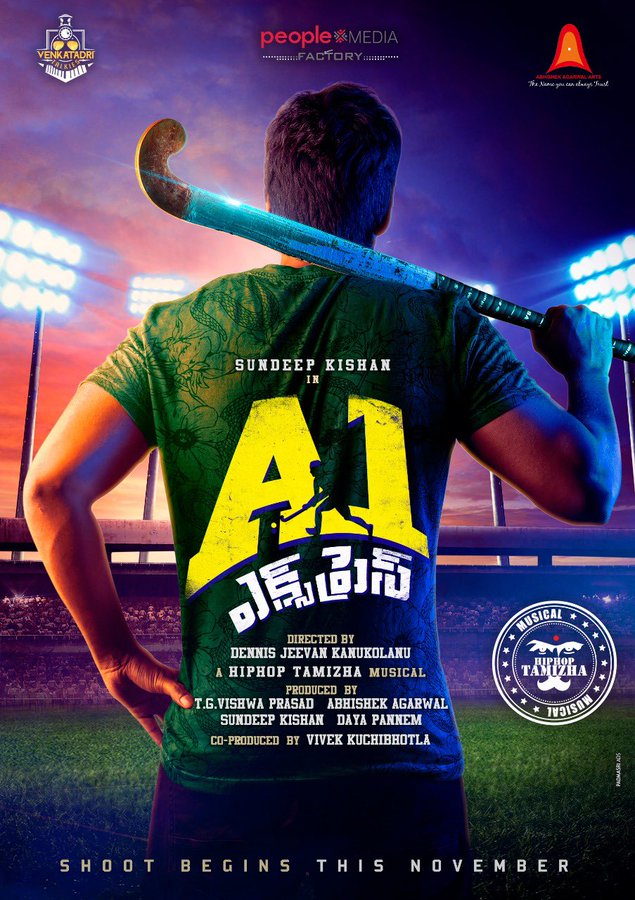 Hero Sundeep Kishan’s upcoming movie is titled as  ‘A1 Express.’ This is new age sports entertainer and the pre-look poster is released.
Hero Sundeep Kishan is seen holding hockey stick in the pre-look poster and is facing backwards in a stadium.
Dennis Jeevan Kanukolanu is directing ‘A1 Express’ while Hiphop Tamizha is providing music.
The film is being produced by TG Vishwa Prasad, Abhishek Agarwal, Sundeep Kishan and Daya Pannem under People Media Factory, Abhishek Agarwal Arts, Venkatadri Talkies Banners.
Will be on to floors for its regular shooting in the 1st week of November 2019.