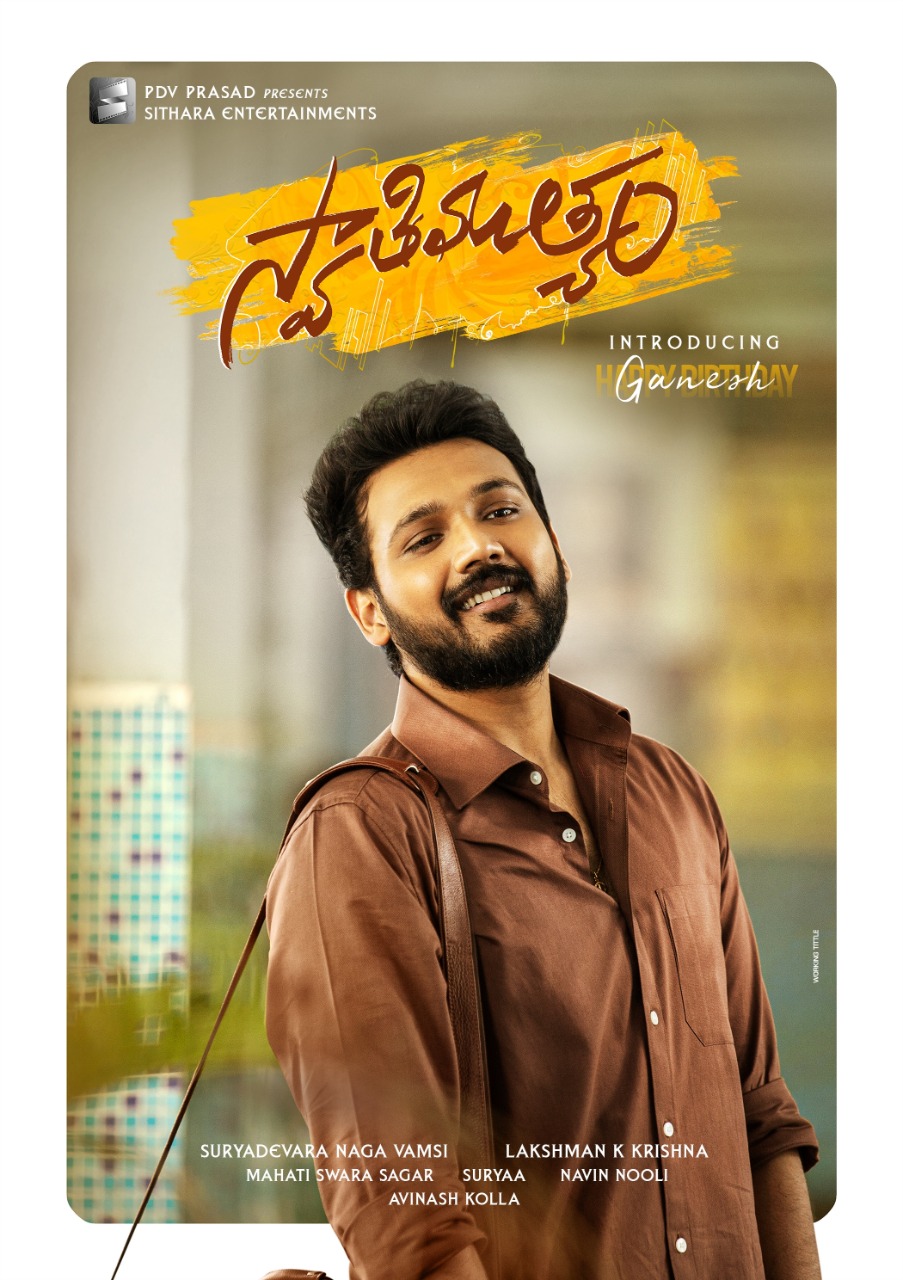 Swathi Muthyam Movie Ganesh Bellamkonda Look Released
Ganesh Bellamkonda, Son of Ace producer Bellamkonda Suresh and Brother of Young Hero Bellamkonda Sai Sreenivas is making his debut to the silver screen with a Fun Entertainer titled as ‘SwathiMuthyam’ .
Today, On the occasion of Ganesh Bellamkonda’s Birthday, the makers have unveiled the title and first look poster of the movie. In the first look poster, Ganesh is seen in a smart formal look with a bag on his shoulders and with an attractive, vibrant logo of ‘SwathiMuthyam’.
Sithara Entertainments’ who are on a roll with multiple movies in production are bankrolling this project which will be directed by debutant Lakshman K Krishna. Varsha Bollamma will be the female lead for the movie.
On this occasion, director Lakshman K Kumar said “This story is about a guy who has an innocent character like in ‘Swathi Muthyam’ . The film is about life, love & thoughts about marriage and how the opinions change & how life goes on between them. Family relations and emotions are the main assets to this film. This movie will entertain every movie goer for sure.”
At present, the film is under production with a major portion of the shoot already finished. More details will be announced soon.
Other Cast included senior actor Naresh, Rao Ramesh, Subbaraju, Vennela Kishore, Harshavardhan, Pammi Sai, Goparaju Ramana, Siva Narayana, Pragathi, Surekha Vani, Sunaina, Divya Srepada.
Crew Details :
Music: Mahathi Swara Sagar
Cinematography: Suryaa
Editor: Navin Nooli
Art: Avinash Kolla
Pro: LakshmiVenuGopal
Presents: PDV Prasad
Producer: Suryadevara Naga Vamsi
Written and Directed : Lakshman K Krishna