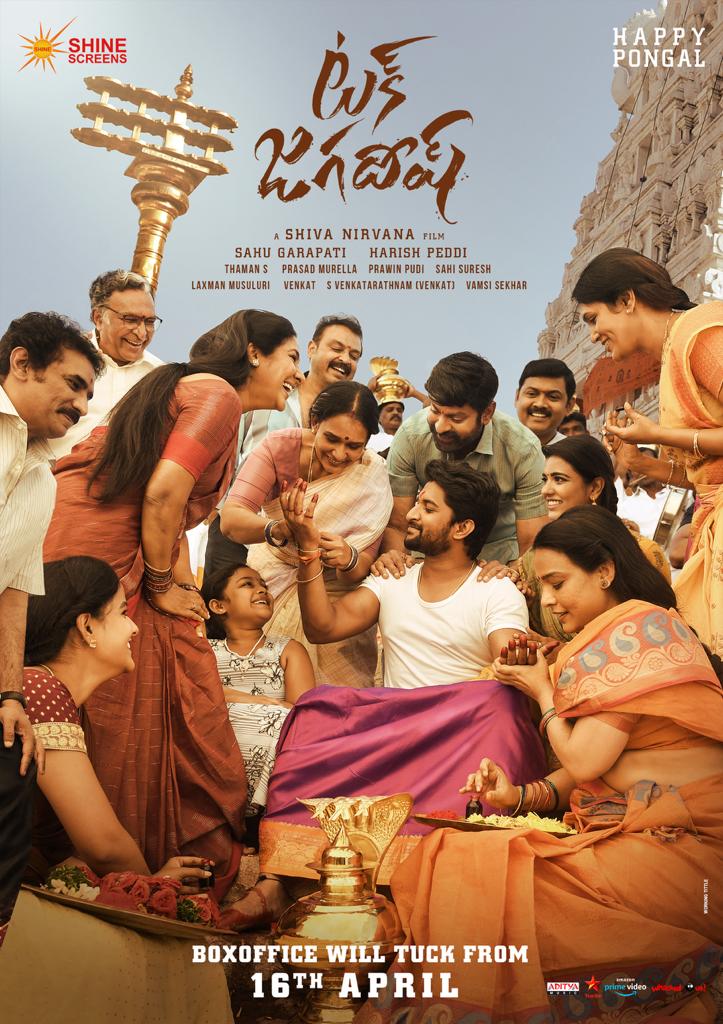 Nani is coming up with a movie titled  ‘Tuck Jagadish. This movie was launched on 30th January 2020.

The producers have announced its release date as 16th April 2021.

Nani, who is one of the most bankable stars in Tollywood has joining hands with director Shiva Nirvana for the second time after the super hit Ninnu Kori in their combination.

The 26th film of Nani is  produced jointly by Sahu Garapati and Harish Peddi under Shine Screens Banner.

Shiva Nirvana who delivered a blockbuster with his last film Majili has readied a perfect script for the new film titled interestingly as Tuck Jagadish.

Musical score is by Thaman S. Cinematography is by Prasad Murella. Editing is by Prawin Pudi. Art by Sahi Suresh. Fight by Venkat. Story,screenplay,dialogues and direction are by Shiva Nirvana. Sahu Garapati and Harish Peddi are the producers on Shine Screens Banner.