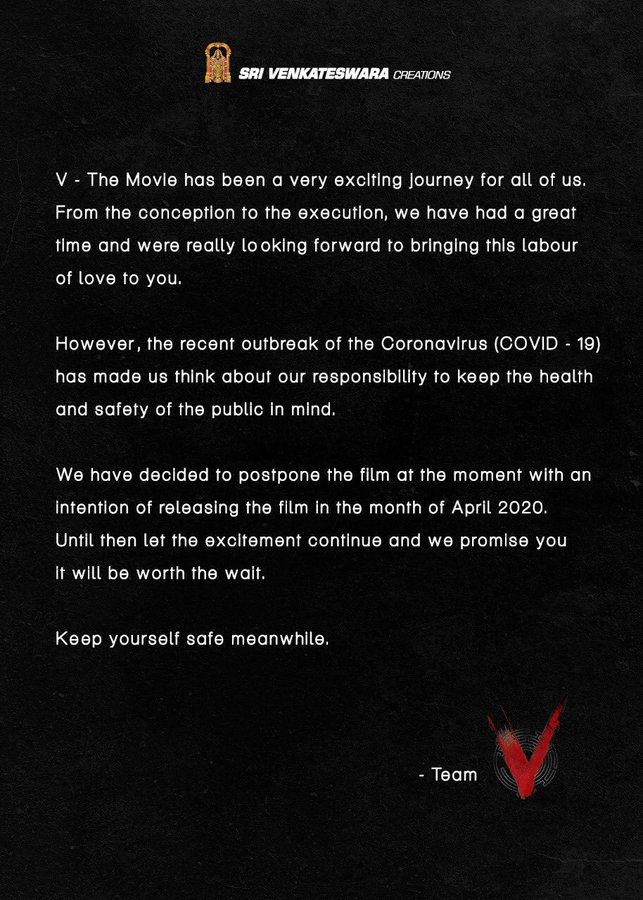 The release of ‘V’ movie supposed to be released on 25th March 2020 is postponed. The producer is planning for its release in April. The exact date of its release is to be decided and to be announced.