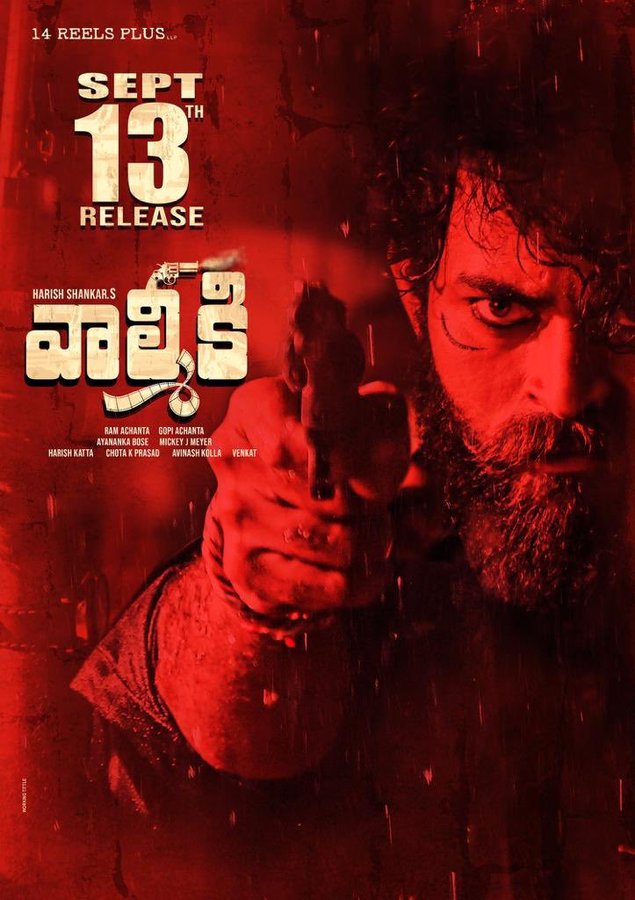 Varun Tej’s latest movie Valmiki is gearing up for a big release on 13th September 2019. This date is confirmed by the director Harish Shankar.
Actor Varun Tej sure has the distinction of being am actor who has tried his hands at different sorts of films since he started his career. Kanche, Antariksham, Fidaa and F2 amidst all his other films stood out for being a new genre from his end.
In his next, Valmiki, he teams up with director Harish Shankar who is known to show his male leads in a new avatar.
The duo’s first collaboration, Valmiki, is Produced on the 14 Reels Entertainment  Banner.
Varun Tej, Atharvaa Murali, Pooja Hegde, Mrunalini Ravi and others are in the cast.
Music is by Mickey J. Meyer. Cinematography is by Ayananka Bose. Editing is by Chota K. Prasad .Art by Avinash Kolla. Fights composed by  Venkat.  Screenplay prepared by  Madhu Srinivas, Mithun Chaitanya. Story,dialogues and direction are by Harish Shankar. Ram Achanta, Gopi Achanta are the producers on 14 Reels Entertainment  Banner.