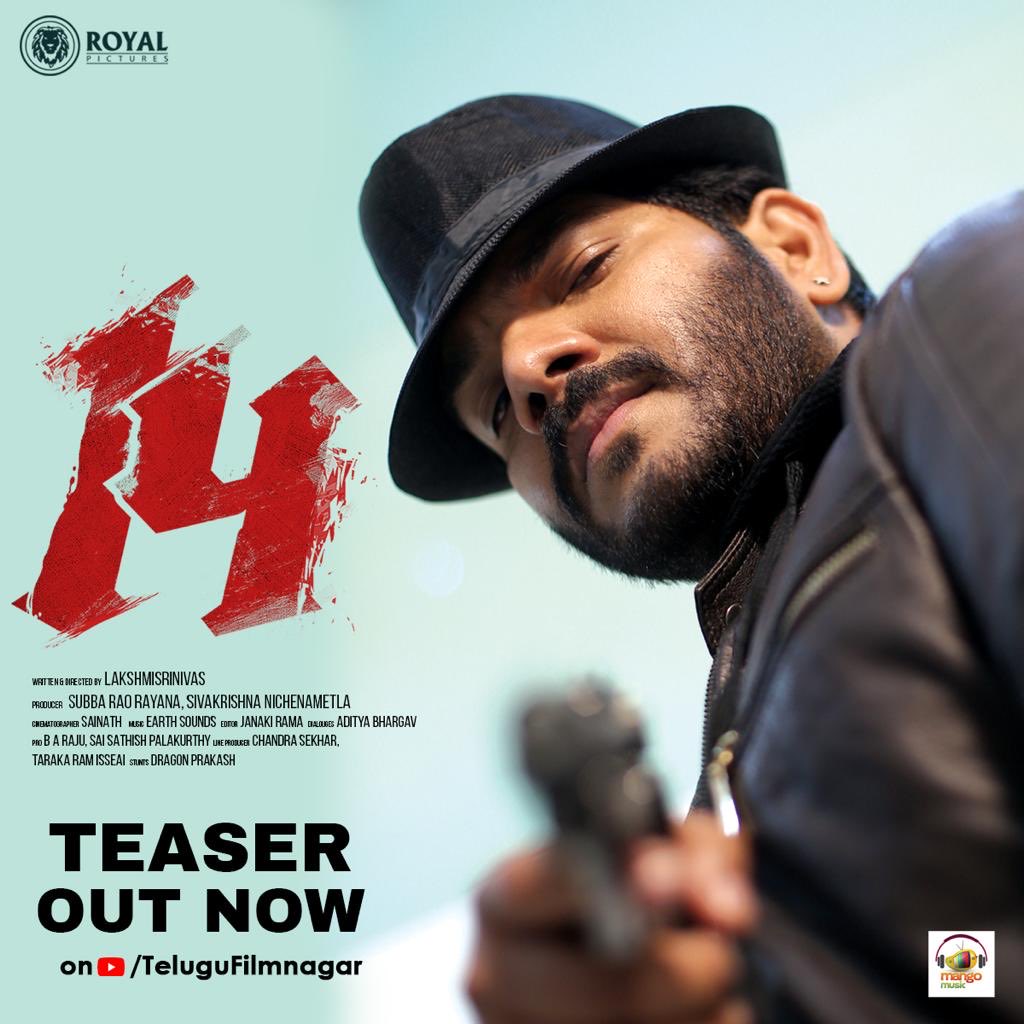 Hero Sree Vishnu Launched Teaser Of “14” Movie
Noel Sean, Vishakha Dhiman, Posani Krishna Murali, Srikanth Iyengar, Rathan, Jabardasth Mahesh played lead roles in an upcoming film 14 being directed by Lakshmi Srinivas and produced by Subba Rao Rayana and Sivakrishna Nichenametla under Royal Pictures banner. Hero Sree Vishnu launched the film’s teaser at Prasad Labs in Hyderabad and it is also graced by few special guests.
Hero Sree Vishnu said, “I sincerely want this film to bring a good name to the producers and director. I am ready to work with the director if he approaches me with a good story. I wish this movie will become a hit for Noel. We used to try for chances in films, 15 years ago. We used to assemble at the place of Subhash master. Naveen, Noel and Subhash are very good human beings. I wish Noel will reach next level of stardom with the film. I wish the entire team all the success.”
Producer Subba Rao Rayana said, “We are very happy to release our teaser on this Durgashtami day, on the occasion of Dussehra. We provided all the resources to director for better output, as we liked the story completely. The film has come out really well. We thank Sree Vishnu for coming to launch the teaser. If he gives chance, we are ready to make a film with Sree Vishnu. We are happy to associate with Noel. Director Srinivas worked very hard for this film.”
Producer Sivakrishna Nichenametla said, “This is my first movie. I met Noel during the launch of motion poster, and didn’t meet him after that. We are very happy that Noel dis this movie. Sree Vishnu is a big star and we are excited that he has launched the teaser. I wish good friends Sree Vishnu, Noel, Naveen, Subhash will get good projects. The film will definitely exceed your expectations.”
Director Lakshmi Srinivas said, “Story is first important thing for our film. With the support of the producers, the film has come out well. Also, Noel supported for the film like my own brother. I had already disclosed the story to Sree Vishnu. Posani and Srikanth Iyengar supported us a lot in the sets. All those who acted in our film performed well.”
Hero Noel said, “Producers trusted us and put all their hardships on us. I want this movie to be a big success for them. I am on this stage today because of Rajamouli and Sukumar who gave me good opportunities and supported me. Director Srinivas worked very hard for this film. I thank Sree Vishnu for coming to launch the teaser. There is no change in him, though he became a star now. Our film got excellent boost up, thanks to his support. This film will surely become a big hit.”
Cast: Noel Sean, Vishakha Dhiman, Posani Krishna Murali, Srikanth Iyengar, Rathan, Jabardast Mahesh, Rupa Lakshmi, Lohit Kumar, Keshav Deepak etc.
Technicians:
Banner Name: Royal Pictures
Director: Lakshmi Srinivas
Producers: Subba Rao Rayana and Sivakrishna Nichenametla
Line Producers: Chandra Shekhar, Tarak Ram Isseai
Music Director: Kalyan
DOP: Sainath
Dialogues: Aditya Bhargav
Editor: JP
Action: Dragon Prakash