Acharya Movie Team Press release
We wish to inform everyone that Acharya is an original story written and conceptualized by Koratala Siva alone. Any claims that the said story is a copy is baseless!
It was only recently, on occasion of Megastar Chiranjeevi’s birthday on 22nd August  that the title look poster of Acharya was launched. It gathered great love and support from all sections of the society. As the hype reaches its zenith, a couple of writers have now made false claims with respect to the story of the film.
We have kept the story of the film confidential and only select few people are aware of what it is all about. It is absolutely ridiculous that claims are being made based on the motion poster alone.  We’d like to clear that this is an original story. It is unacceptable to defame a reputed filmmaker like Koratala Siva. In fact, the claims which are being made are unfounded and seem to be based on the speculative and rumored stories in the print and electronic media. Therefore, any claims with respect to the story are completely baseless, false and are made solely on assumptions.
Acharya movie is presented by Smt Surekha Konidela under Konidela Productions Company and Matinee Entertainment Banner. The film is presently being shot.
Acharya is one of the most anticipated films and the release if eagerly awaited. We are making all efforts to complete the movie at the earliest and present it to the audience. 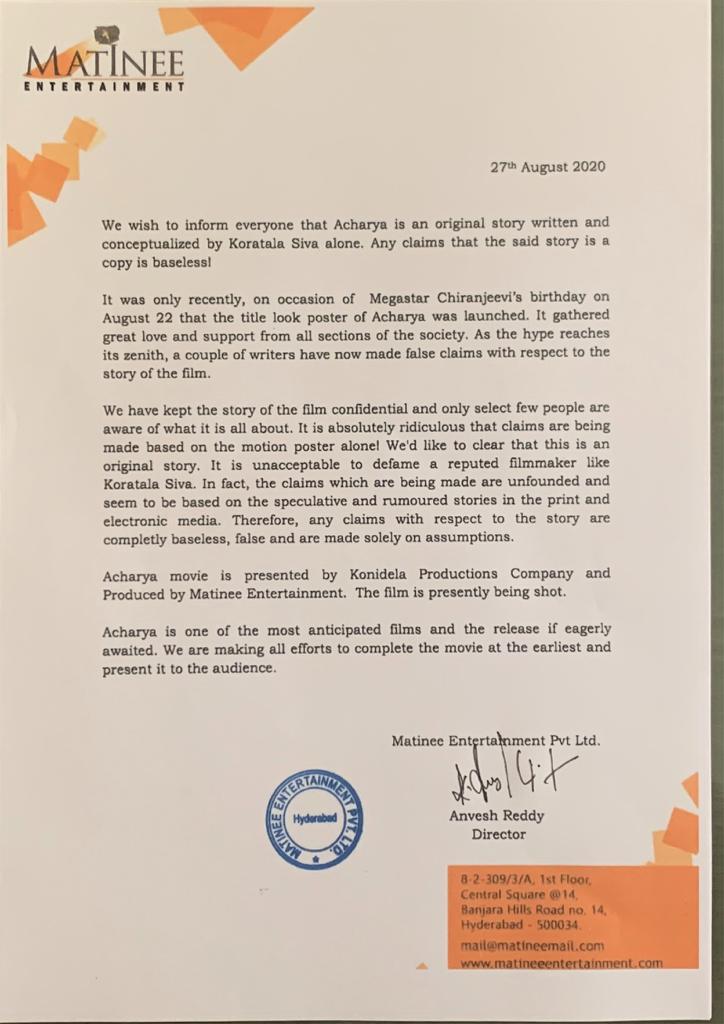