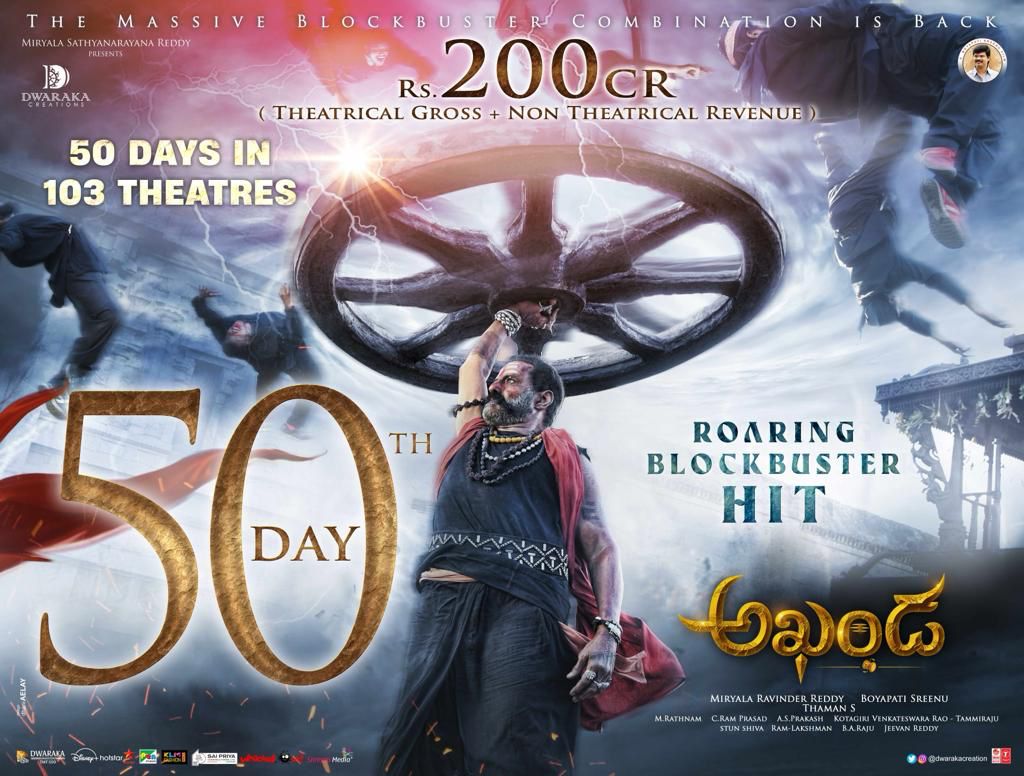 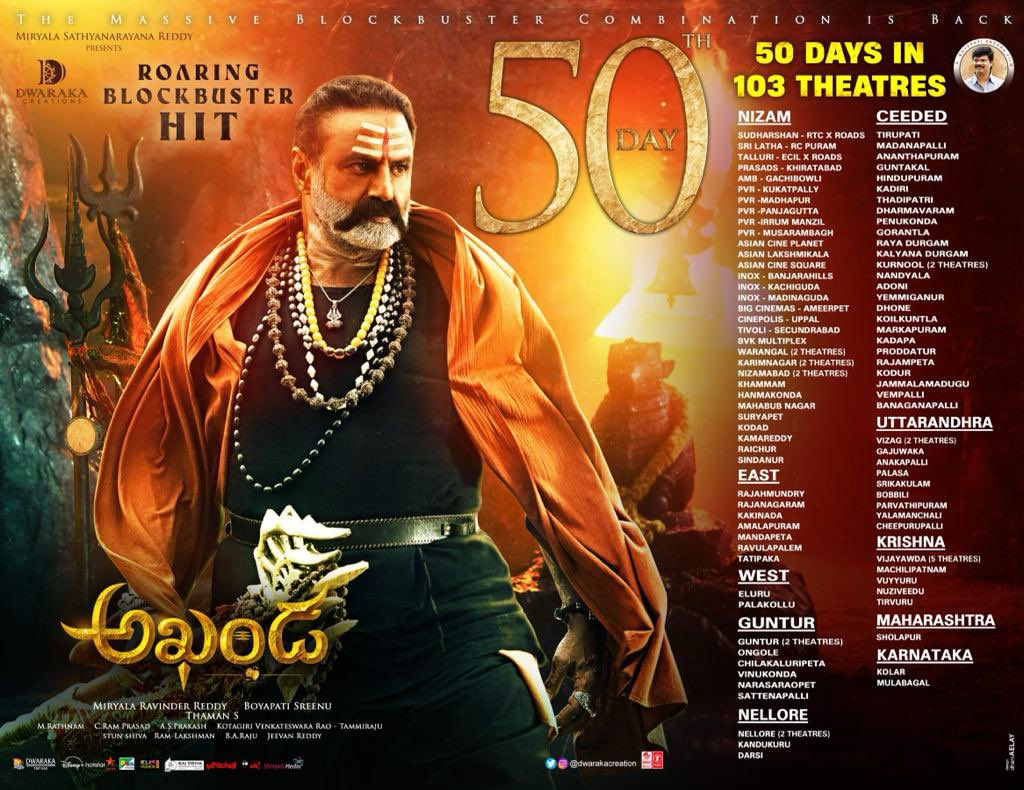 Natasimha Nandamuri Balakrishna and mass director Boyapati Sreenu’s is proving to be one of the craziest and successful combinations. The duo who previously delivered two blockbusters earlier with Simhaa, Legend have completed hat-trick hits in their combination. Like how Simhaa and Legend were biggest hits by the time for Balakrishna, Akhanda is ending as the highest grosser for the actor.

Meanwhile, Akhanda successfully completes 50 days run in 103 centres which is a rare feat in recent times, not just in Tollywood, but in entire Indian film industry. The film which was made on highest ever budget for Balakrishna has done a business of Rs 200 Cr which includes theatrical gross and non-theatrical revenue.

Akhanda indeed provided huge profits to producer as well all the distributors which again is another rare achievement in recent times. It was a profitable venture in overseas too. While it has done wonderful business in UK and Australia, the film crossed 1 million dollar mark in USA.

When there was so much uncertainty over theatrical business due to upsurge in omicron cases, Akhanda came and conquered the box office. Despite new releases every week, the mass action entertainer continued to make solid business. The film collected good numbers in its seventh week as well.

It’s the team work which resulted in an exceptional outcome. S Thaman’s background score is other biggest asset of the movie, other than C Ram Prasad’s cinematography and rich production values of Dwaraka Creations.

Pragya Jaiswal played the leading lady in the movie, while Srikanth played the antagonist and Jagapathi Babu appeared in a vital role.

Art by-: AS Prakash