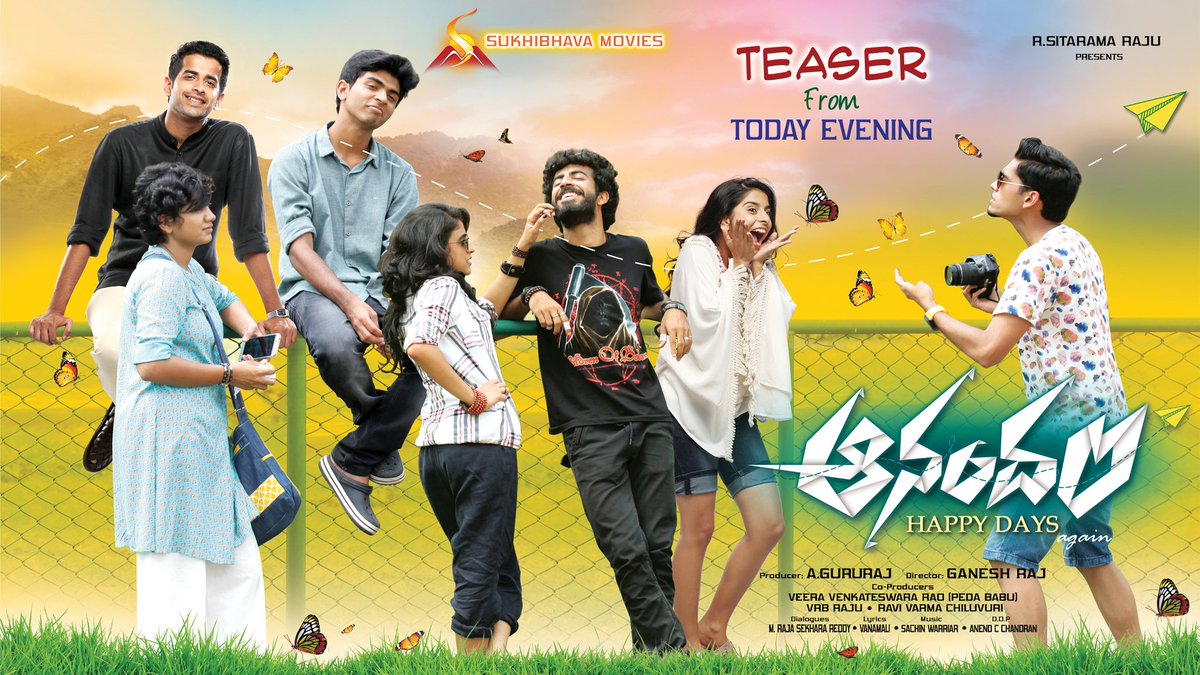 “Anandam’ movie release date announced.The movie is getting dressed up for a big release on 23rd March 2018.

The producer is planning for the audio launch on 17th March 2018.

This is the dubbed version of super hit Malayalam movie ‘Anandam'(2016).

Musical score is by Sachin Warrior. Cinematography is by Anand E Chandran. Editing is by Abhinav Sunder Naik. Dialogues are written by M.Rajasekhara Reddy. Lyrics are penned by Vanamali. Story,screenplay and direction are by Ganesh Raj. Yetthari Gururaj is the producer on Sukheebhava Movies Banner.