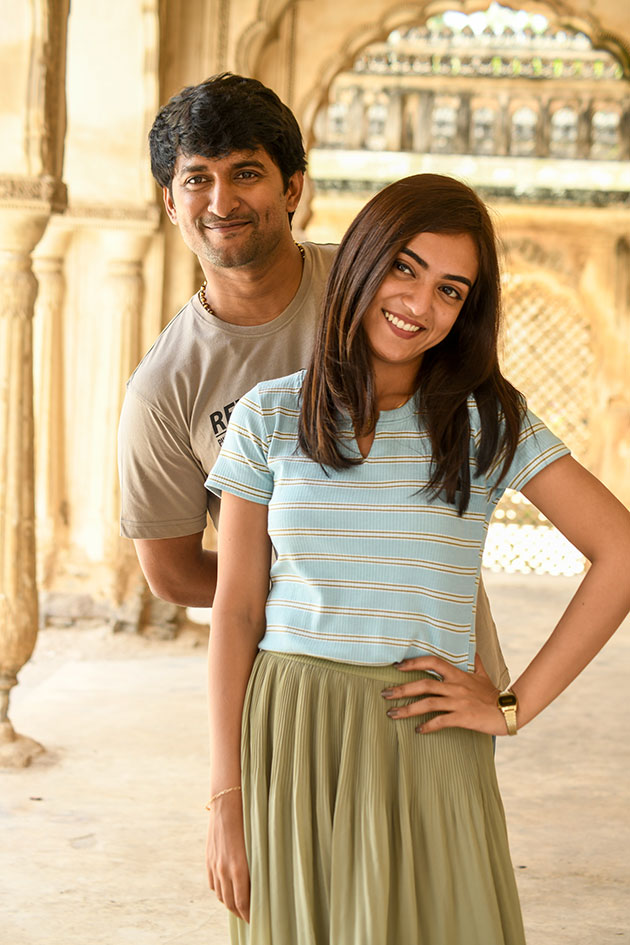 Movie buffs have been waiting keenly to see Natural Star Nani back in a hilarious role. The film Ante Sundaraniki directed by Vivek Athreya under the happening production house Mythri Movie Makers has its theatrical trailer launched just a while ago.

While the teaser has created lots of expectations for the movie, the trailer assures much bigger entertainment in cinemas. It’s Nani and Nazriya Nazim who brought sparkle to the atypical love story with the portrayal of their characters Sundar and Leela Thomas.

The worlds of Sundar and Leela are different and so are their families. Nani has a big dream and Leela turns to another obstacle, other than his family to attain it. While the family is against Sundar’s wish of crossing seven oceans to land in the USA, Leela also has her own dream.

Vivek Athreya’s mark fun is witnessed all through and the romantic track is also unusual, yet appealing. The TV episode is the best part of the trailer which is loaded with lots of humorous elements.

While both Nani and Nazriya played their parts exceptionally well, particularly Nani who had to look young and needed to talk like a Brahmin was brilliant, and the technical team gave in their best.

The cinematography by Niketh Bommireddy and background score by Vivek Sagar stand out. The supporting cast Naresh, Harshavardhan, etc. played their parts efficiently.

Ante Sundaraniki will be releasing on June 10th with massive expectations.