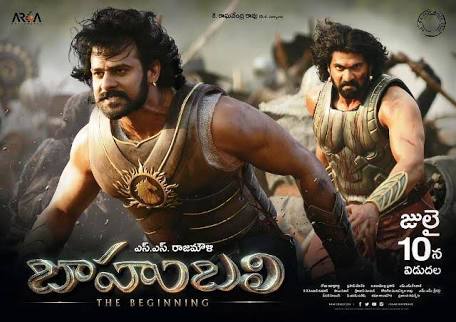 Baahubali-The Beginning was released on 10th July 2015,exactly 6 years back on this date.This movie was directed by S S Rajamouli with Prabhas,Rana Daggubati,Anushka in the main lead roles. This was a blockbuster and created many collection records.

Businessoftollywood.com congratulate the great director S S Rajamouli and his team for completing 6 years of its release.