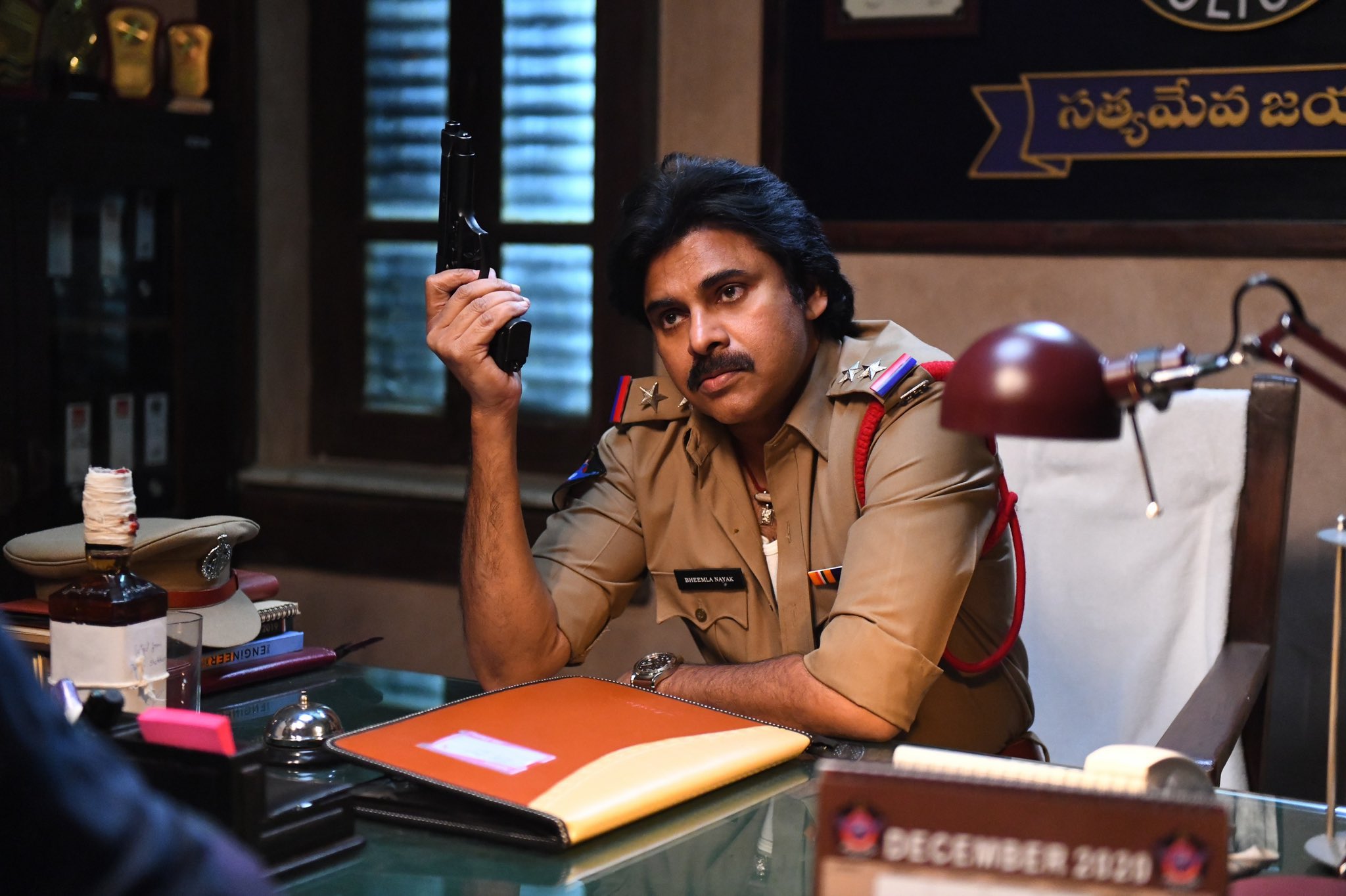 Pawan Kalyan and Rana Daggubati starrer ‘Bheemla Nayak’ is being produced by Sithara Entertainments. Screenplay and dialogues are given by Ace Writer-Director ‘Trivikram’ while ‘Survyadevara Naga Vamsi’ is producing the film which is being Directed by ‘Saagar K Chandra’.

This song stands for the bravery and strength of Bheemla Nayak. Every word in the song portrays Bheemla as fierce as a lion’s roar for the bad guys. The song resonates Bheemla’s ferocity and sincerity towards his duty as a cop. The song explains the heroics of his character in plain and simple terms.

The character dynamics of Bheemla Nayak is penned down by renowned lyricist Ramajogayya Sastry. His words about this song, “My association with Shree Trivikram is a unique one, Being a great writer himself, gives a lot of support to any lyricist like me. It is through him that I wrote a song for Pawan Kalyan for the first time in the film ‘Jalsa’. Even though I have written many songs for him later on, writing this title song was a unique experience. It was not just about working with the two people I like the most.. But unveiling my song in their presence gave me utmost happiness. Witnessing their response while listening to the song is an unforgettable experience. Being a literary expert himself, to know that Shree Pawan Kalyan liked each and every word of this song makes me feel proud. My heartfelt thanks to Shree Trivikram, Saagar Chandra and Thaman for being the pivotal contributors of this film.”, he says.

Producer Suryadevara Naga Vamsi said that his banner is producing this film with great ambition. He also said that the film is set to release on 12 January 2022.