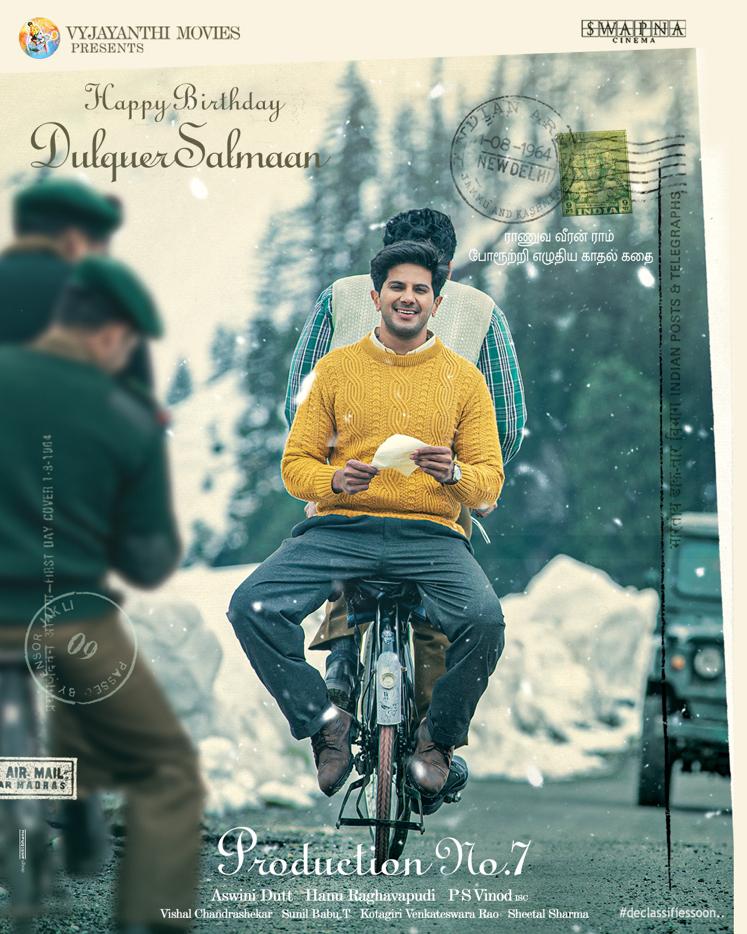 Versatile actor Dulquer Salmaan needs no special introduction for Telugu audiences. Made his smashing Telugu debut with Mahanati, the actor is doing his second Telugu film under the same production house of Swapna Cinema. Plays the role of ‘Lieutenant’ RAM, the yet to be titled film is directed by sensible maker Hanu Raghavapudi and produced by Ashwini Dutt, while Vyjayanthi Movies presents it.

The makers have released a special video as a token of love for the actor.

He truly shines! Dulquer looks incredible and the film promises a lot of excitement.

The charming actor himself has tweeted that this is his best birthday gift! It truly makes for one.

The exotic locations of Kashmir and the period sequences are captured beautifully, credit goes to cinematographer PS Vinod. And Vishal Chandrasekhar’s background score complements the visuals.

Known for making heart-touching romantic entertainers, Hanu seems to have picked yet another intriguing subject for Production No 7 of Swapna Cinema.

Coming to the poster, Dulquer is all smiles as he holds a letter in his hands, while he sits backwards on bicycle.