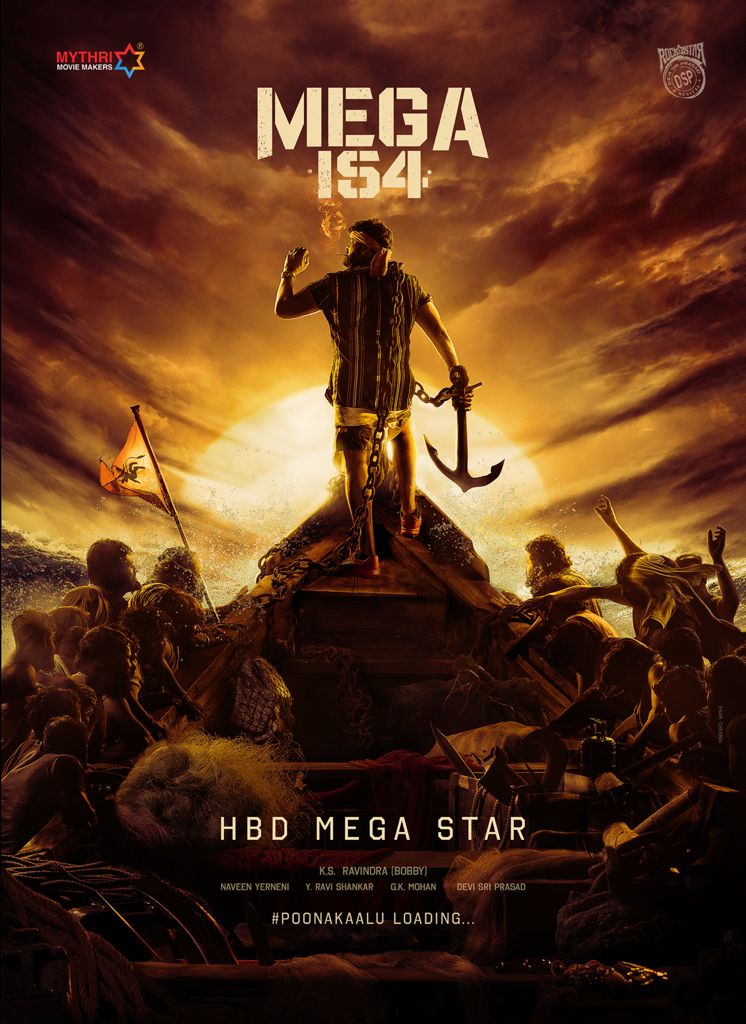 Chiranjeevi  in a mass avatar for Movie no.154

Megastar Chiranjeevi’s 154th film under the direction of Bobby was announced officially yesterday with a picture that hinted the film’s story is set in the backdrop of sea. The makers have unveiled another poster on Chiranjeevi’s birthday that presents Chiranjeevi in a mass avatar.

Sporting red towel, smoking a beedi, lungi-clad Chiranjeevi looks oora mass in the poster, as he carries an anchor standing on a ship. The flag shows the image of Chiranjeevi’s favorite god- Hanuman. Chiranjeevi is shown as rising sun, as the sun is just about to rise in the poster.

Few men are seen around the ship and they are about to go for fishing in sea. The look of Chiranjeevi reminds us of his vintage look in Mutha Mestri, Gharana Mogudu, Rowdy Alludu etc. Poonakalu Loading is the right word to describe the poster and Chiru’s look.

A die-hard fan of Chiranjeevi, Bobby has penned a powerful script for the megastar and it will be made on grand scale by the most happening production house Mythri Movie Makers.

Mega154 will have music by Rockstar Devi Sri Prasad who provided several chartbuster albums to Chiranjeevi.

Naveen Yerneni and Y Ravi Shankar are producing the film, while GK Mohan is the co-producer.