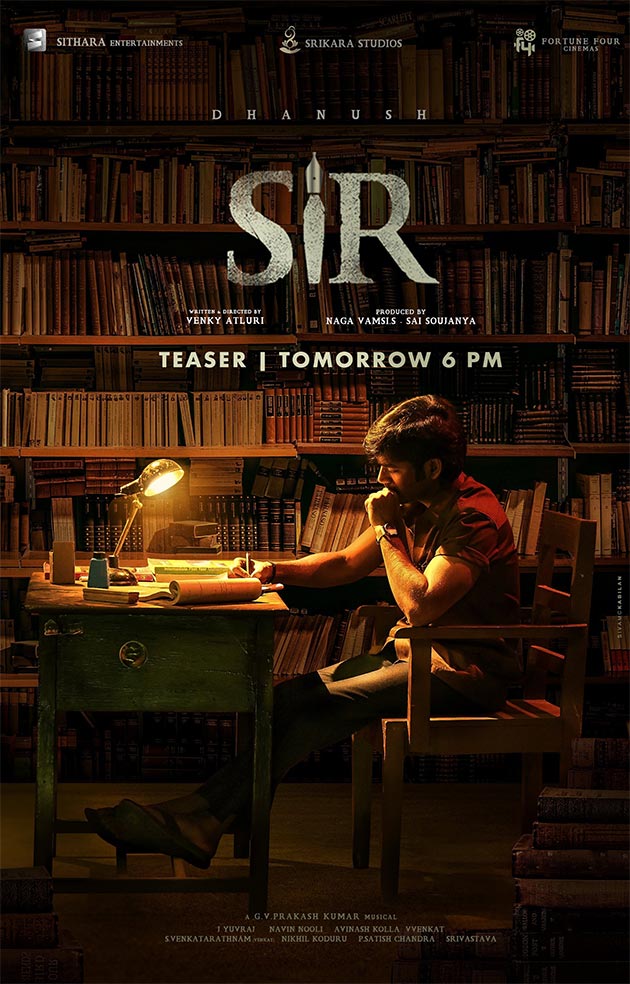 A title reveal video of the bilingual, calling the film an ambitious journey of a common man caught the attention of many, hinting at a unique, intriguing campus tale. The title posters contributed to the excitement of Dhanush’s fans. On the eve of Dhanush’s birthday, the makers of Sir/Vaathi released the first look of the film.

In the first look poster, Dhanush, surrounded by a pile of books across various shelves, is burning the midnight oil, sporting an intense expression while working on an important assignment. This look featuring Dhanush as a lecturer has only enhanced the curiosity surrounding the film’s teaser, set to release tomorrow at 6 pm (on Dhanush’s birthday).

Here’s what the director Venky Atluri has to say about it.“Dhanush will be seen as a lecturer in Sir. The film revolves around the education system and is simultaneously being made in Tamil and Telugu. Dhanush’s unflinching support on the sets is indeed unbelievable. GV Prakash’s music and Yuvraj’s cinematography are among the major highlights of the film,” he added.

Sir is set to release in October. More details about the much-anticipated Telugu-Tamil bilingual will be announced shortly.