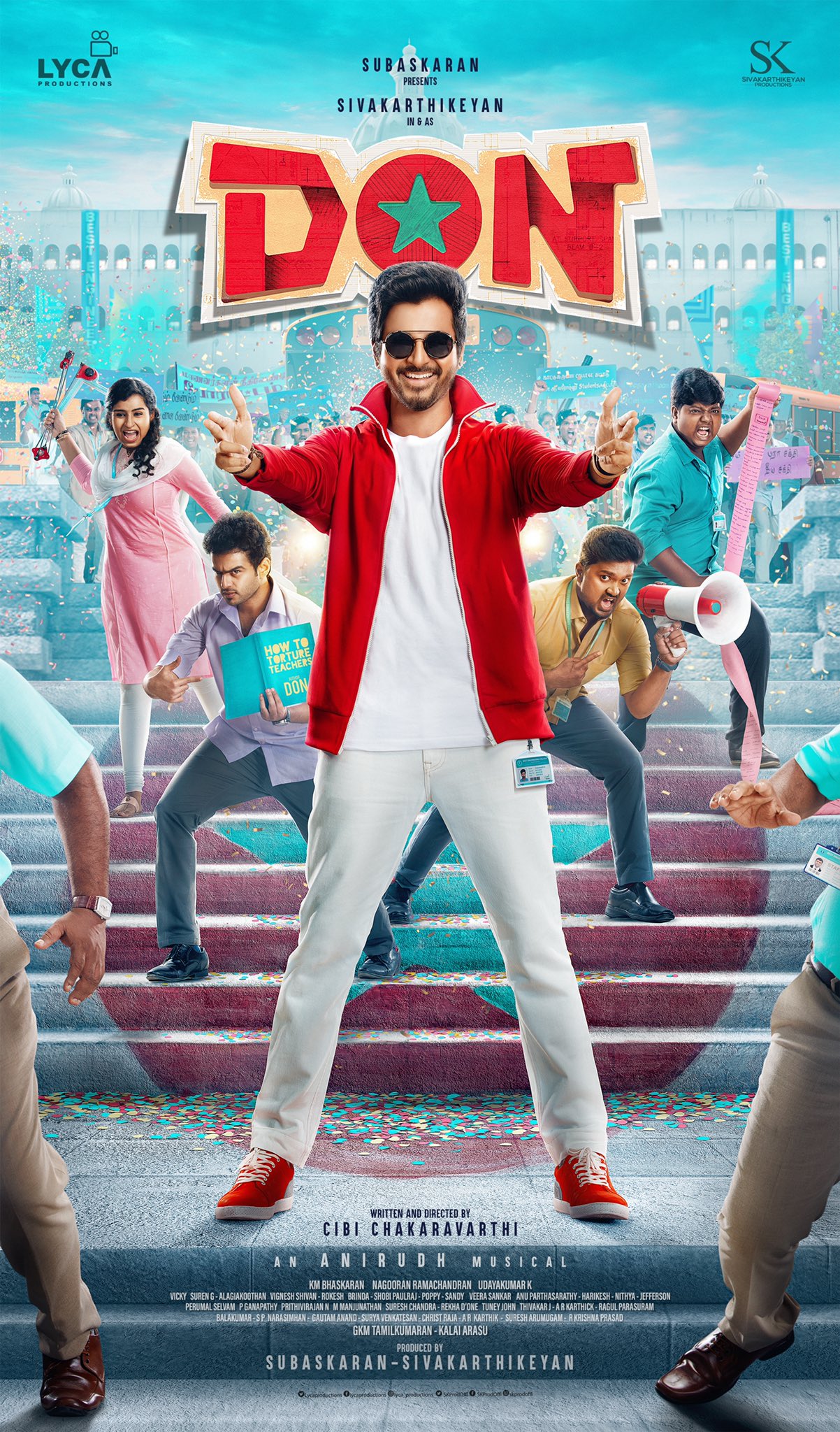 Ever since the announcement of Sivakarthikeyan starrer “DON”, which is produced by Lyca Productions in association with Sivakarthikeyan Productions and directed by Cibi Chakaravarthi was made, there has been groovy anticipations spiking up. The colorful motion poster with the emblazoning musical touch of Anirudh followed by brilliant actors like SJ Suryah, Samuthirakani and many others joining the crew kept escalating the excitement. With the shooting completed and the post-production work proceeding at a brisk pace, the makers have now endowed the crowds with a colorful first look.

Although the title announcement motion poster created an impression that it’s a fun-filled college-based entertainer, the first look distinctly confirms the same in addition to revealing that it’s a movie based on the college students, who under the leadership of hero (Sivakarthikeyan) are staging a strike against their professors. The producers strongly assure that the movie will be a package of unlimited entertainment, thereby offering a carnival experience for the audiences.

Cibi Chakaravarthi embarks on his directorial journey with “Don” which is produced by Chairman of Lyca Groups, Mr. Subaskaran Allirajah for Lyca Productions in association with Sivakarthikeyan Productions.