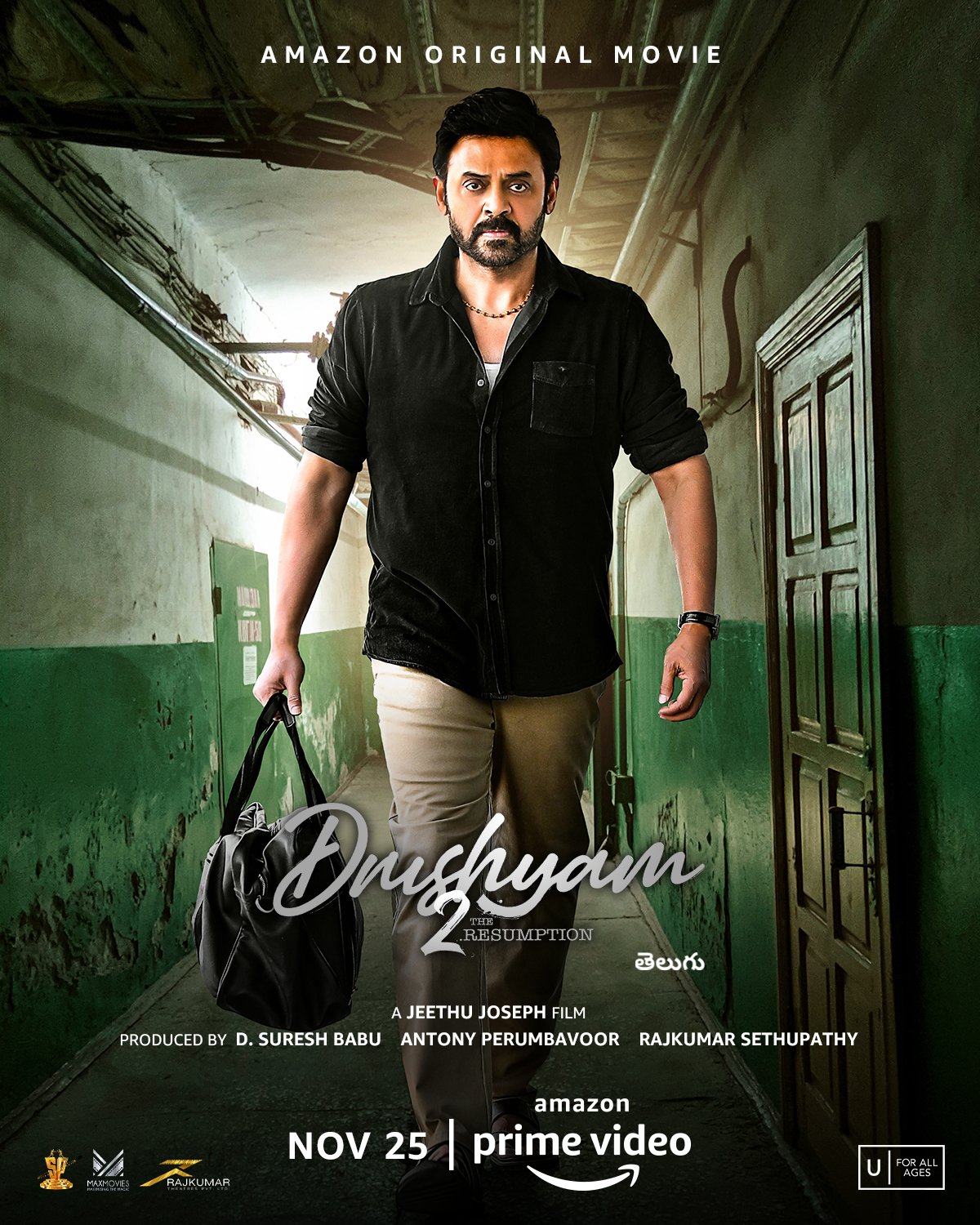 Victory Venkatesh’s ‘Drushyam 2’ movie which was released in 2014 became a blockbuster.  The highly anticipated sequel, ‘Drushyam 2’ Which was launched  on 2nd March 2021 has completed all production formalities. Now the makers have opted for the movie release through O T T Platform.

The movie also gone for Censor Screening and was awarded clean “U” certificate.

The movie is all set for its premiers on Amazon Prime Video on 25th November 2021.

Musical score is by  Anup Rubens.Cinematography is by  Satheesh Kurup.Story,screenplay and direction are by Jeethu Joseph. D. Suresh Babu, Antony Perumbavoor , Rajkumar Sethupathi are the producers on Aashirvad Cinemas,Rajkumar Theatres and Suresh Productions Banners.