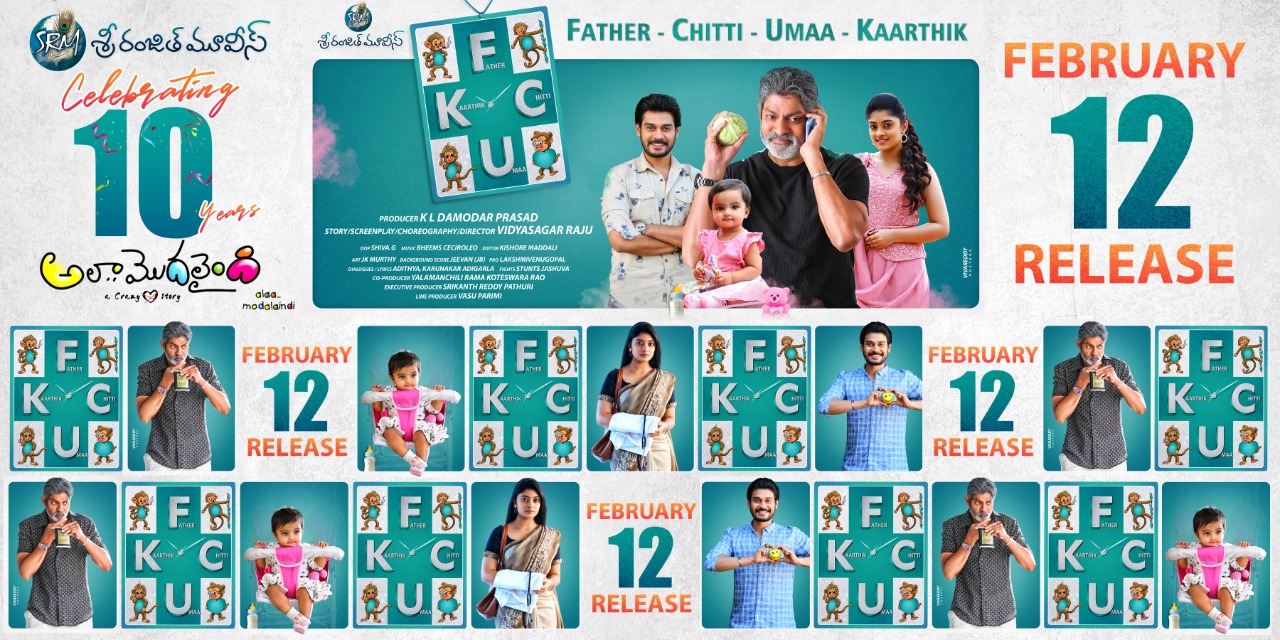 Father Chitti Umma & Karthik movie is gearing up for a release in February 2021. The movie is going to be released on 12th February 2021 in theaters.

This is the movie number 14 on Sri Ranjith Movies Banner with Jagapathi Babu in the lead and Karthik and Ammu (Tamil movie ‘Asuran’ fame) as young pair.Child actress Sahasritha is playing another key role.

Music scored by Bheems Ceciroleo.Cinematography is by Shiva.G. Editing is by Kishore Maddali. Art is by Murthy.Story,screenplay,Choreography and direction are by  Vidyasagar Raju. KL Damodar Prasad is the producer on Sri Ranjith Movies Banner.