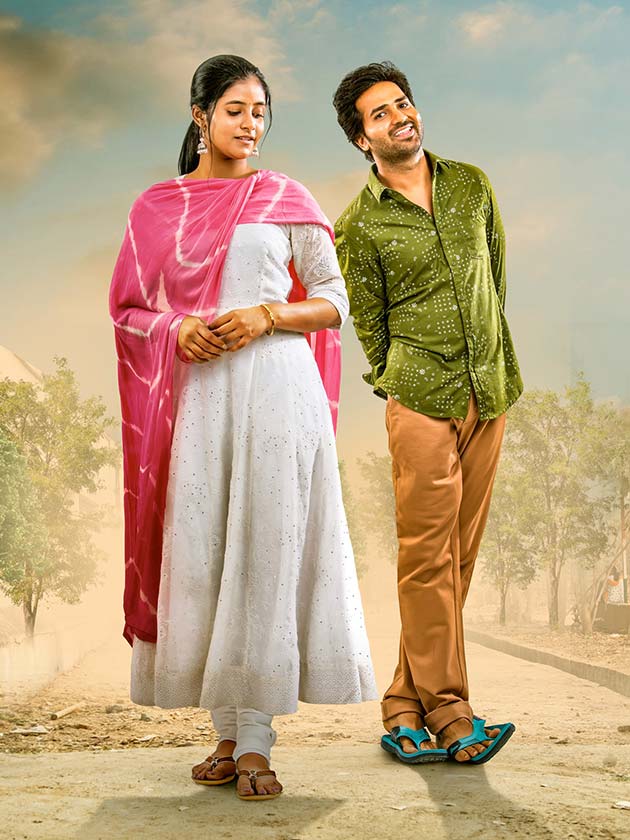 The first lyrical video “Mazza Mazza” from the awaited movie “First Day First Show” is now out. The movie is jointly produced by Srija Entertainments and Mitravinda Movies.

Poornodaya, established by prolific producer Edida Nageswara Rao, is now back into production with Srija Entertainments. Edida Nageswara Rao’s granddaughter Srija is producing the movie along with Mitravinda Movies while his son Edida Sriram is presenting the film.

FDFS is a coming-of-age comedy entertainer. Radhan has rendered the music for the film and the makers kick-started the audio promotions by releasing the first lyrical video of the film “Mazza Mazza”

Lyrics by Vamshidhar Goud and Vasu Valaboju are penned in Telangana dialect and are quite catchy. Anthony Dasan has lent vocals for this track and the choreography was done by Viswa Raghu master.

Srikanth Reddy impresses with his dance moves, whereas Sanchita Bashu looks beautiful. The song showcases the hero’s feelings on his love interest.

For the writing part, the film has the support of Jathi Ratnalu director Anudeep KV. He has provided the story for the film, while also contributing to the screenplay along with Vamsidhar Goud and Kalyan. The dialogues for the film are written by Anudeep KV and Vamsidhar Goud.

Vamsidhar Goud and Lakshmi Narayana P together are directing the movie. Prasanth Ankireddy is the cinematographer, while Madhav is the editor.