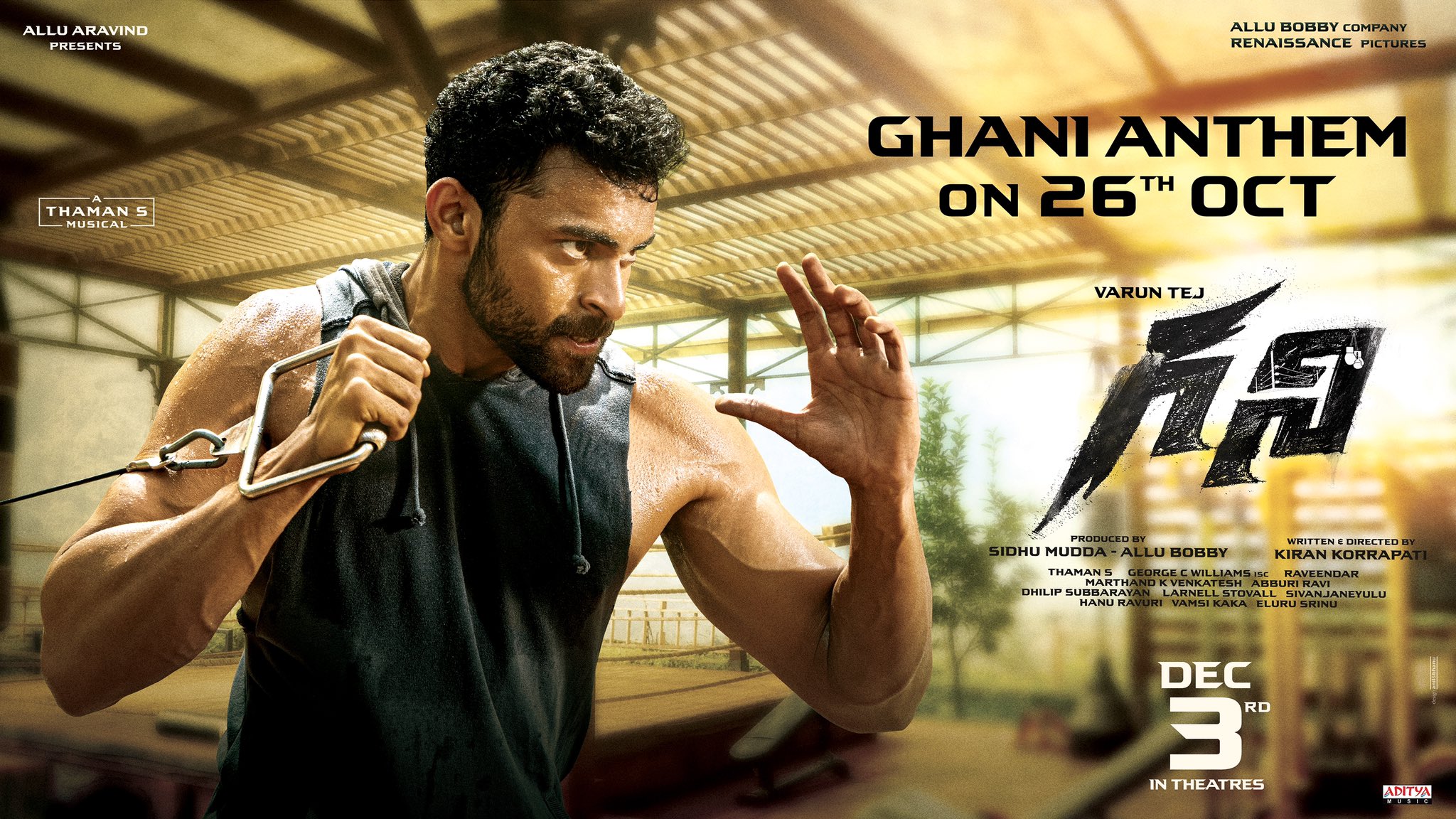 Ghani movie anthem is going to be released on 26th October 2021.Ghani movie producers have decided to release the movie in December. The release date as announced by the movie team is 3rd December 2021.The movie will have a theatrical release.

Varun Tej is coming up with this movie after his successful movies F2 and Gaddalakonda Ganesh.