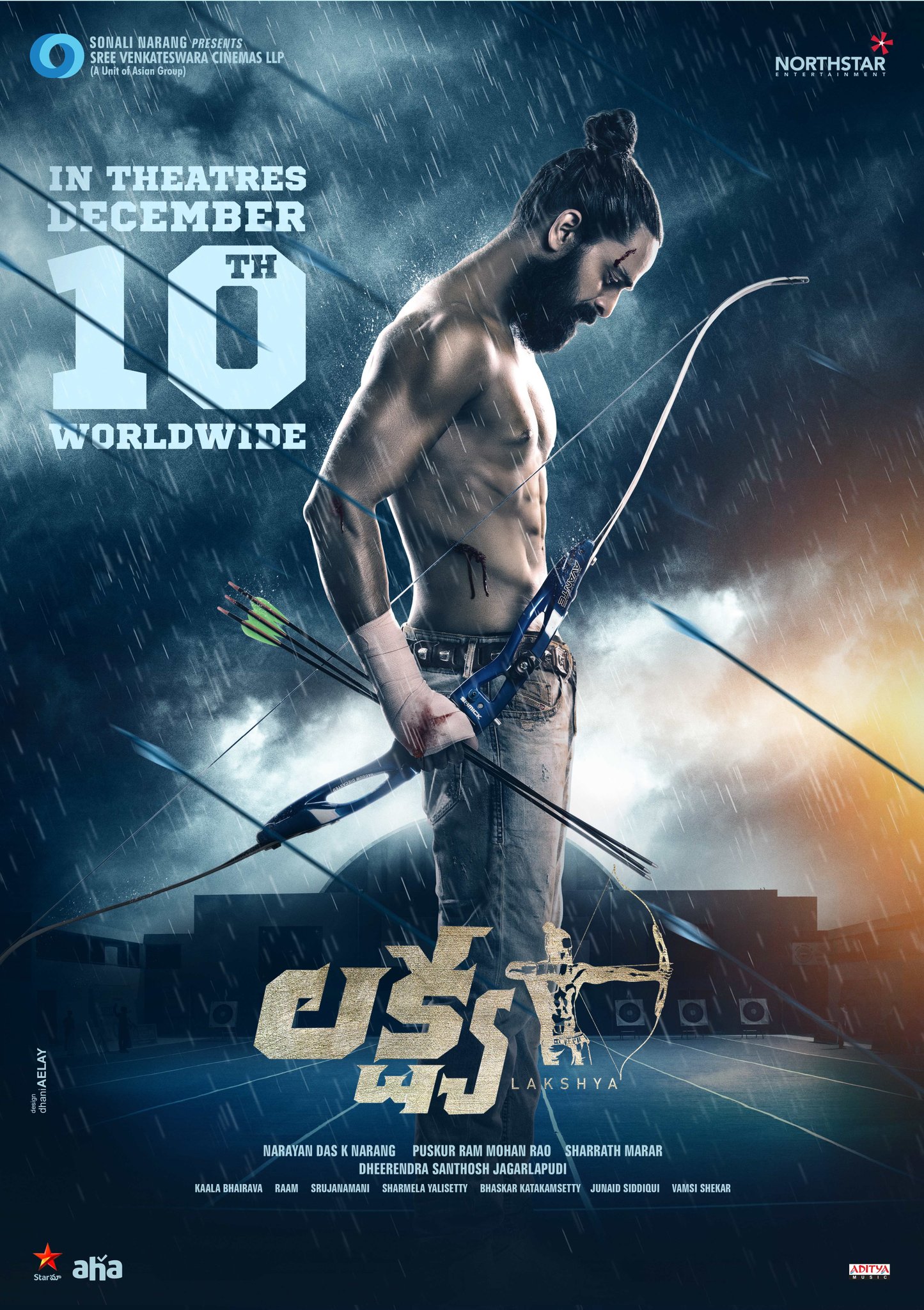 Earlier the producers announced its release date as 12th November 2021.Still it is not released.Today they have release a fresh poster with release date mentioned as 10th December2021.

Goes shirtless and sports ponytail, Naga Shaurya appears like a hungry Jaguar flaunting his abs in the release date poster. Underwent unbelievable physical transformation to play the role of an archer, Naga Shaurya will be seen in a never seen before avatar. He sports two different getups in the sports drama based on ancient sport archery.

Director Santhossh Jagarlapudi came up with first of its kind story and Naga Shaurya underwent training to understand the nuances of the sport. Jagapathi Babu will be seen in a crucial role.