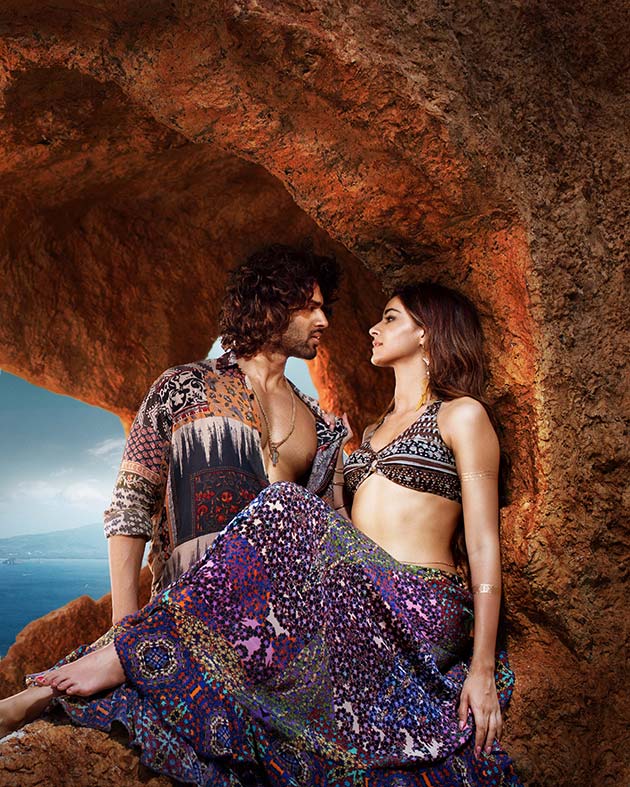 Mike Tyson is making his debut in Indian cinema with Liger.

The film’s trailer and two songs – Akdi Pakdi and Waat Laga Denge are out and were greeted to excellent response.

The third song – Aafat is out now.

The song is set in a beach house in the backdrop of a beautiful sea when the sun is setting. It starts with Ramya Krishna telling his son, Vijay Deverakonda to be careful with girls. And the couple sneaks out of the house and goes to a beach.

Vijay and Ananya are smoking hot. Vijay is super handsome while Ananya is hot with her slender curves. The dances are beautiful. Simha and Sravana Bhargavi are the singers for the Telugu song. They make a perfect selection as the voices suited the song very well.

Bhaskarabhatla Ravikumar penned youthful lyrics. Tanishk Bagchi has composed excellent music for this song while Piyush-Shazia are the Choreographers. Azeem Dayani is the music supervisor. Finally, Aafat is a beautiful beach song that works with the audio as well as the visuals. The chemistry between the lead pair indicates that youth will go crazy with the love track in the film.

In association with Puri connects, the film is being produced jointly by Bollywood’s leading production house Dharma Productions. Puri Jagannadh, Charmme Kaur, Karan Johar and Apoorva Mehta together are bankrolling the film on a grand scale.

The Pan-India movie will have a simultaneous release in Hindi, Telugu, Tamil, Kannada and Malayalam languages in theatres worldwide on 25th August, 2022.