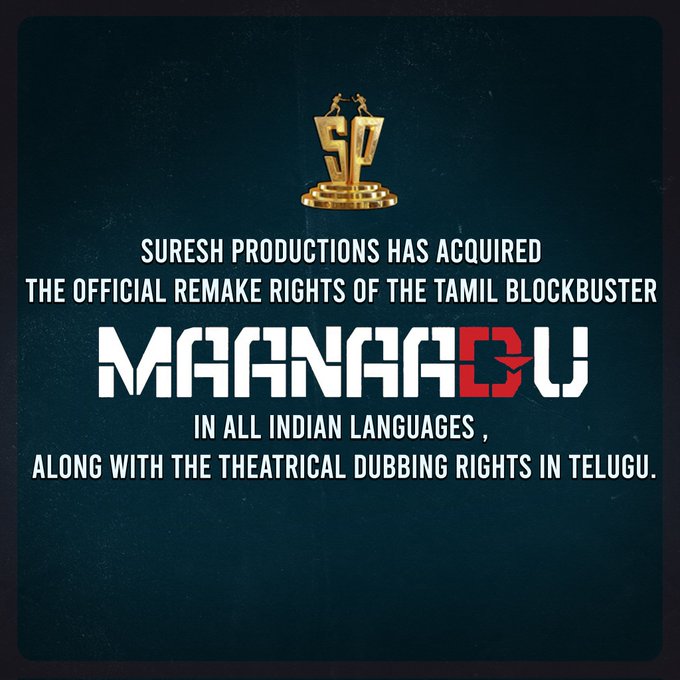 Suresh Productions have acquired the official remake rights for the Tamil blockbuster movie titled Maanaadu.This is for the remake into all other Indian Languages along with The Theatrical and Dubbing rights in Telugu. Regarding this, the production house has released a note in their twitter account.