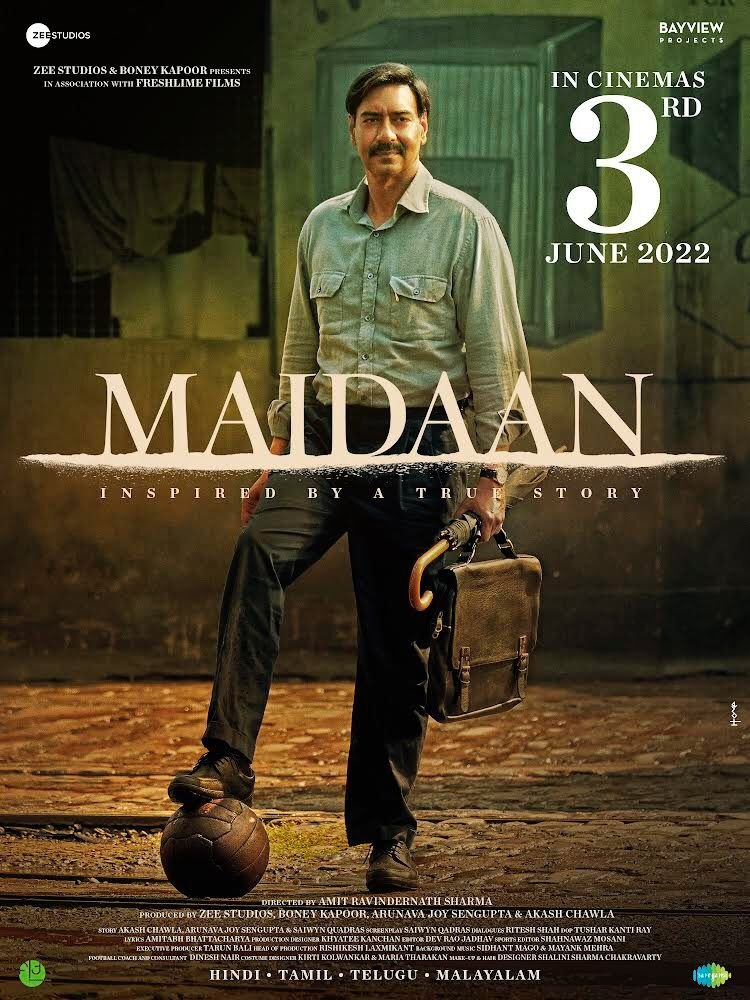 Football (Soccer) is the much loved sport followed by most games lovers.Inspired from an incredible true story about an inspiring coach who introduced Indian Football to the world..  Maidaan pays tribute to the golden era of Indian football starring Star Hero Ajay Devgn. Directed by Amit Ravindernath Sharma of Blockbuster Badhai Ho fame, Maidaan has been with football backdrop with true events from 1952-62, Golden Era of Indian Football. Posters and First looks released so far have created terrific buzz. The team has made a couple of release announcements of ‘Maidaan’ in last year.

Now Producer Boney Kapoor announced that the film is all set to release on 3rd June, 2022 in Hindi, Telugu, Tamil and Malayalam languages.

Producer Boney Kapoor said, ” We all are fighting with Corona for the last two years. Everyone saved their lives and protected their loved ones by taking all precautions and staying at home. Theatres were closed.  ‘Maidaan’ will make every Indian proud. It will be a never seen before inspiring experience. ‘Maidaan’ is such kind of film which must be experienced only in theatres. So, we didn’t released even after announcing release dates couple of times. We are releasing the film with perfect planning on June 3rd, 2022.”

Director Ravindranath Sharma who has earlier made Successful Film like ‘Badhaai Ho’ said, ” Audience loved many sports based films. Many movies have been made with a backdrop of Kabaddi, Cricket, Boxing Wrestling, Running Race but no movie has been ever made about Football on Indian screen. ‘Maidaan’ will gives you an experience of watching a live football game sitting in the stadium. It will take you to an emotional roller coaster ride. That’s why we have waited to release the film in Theatres only.”