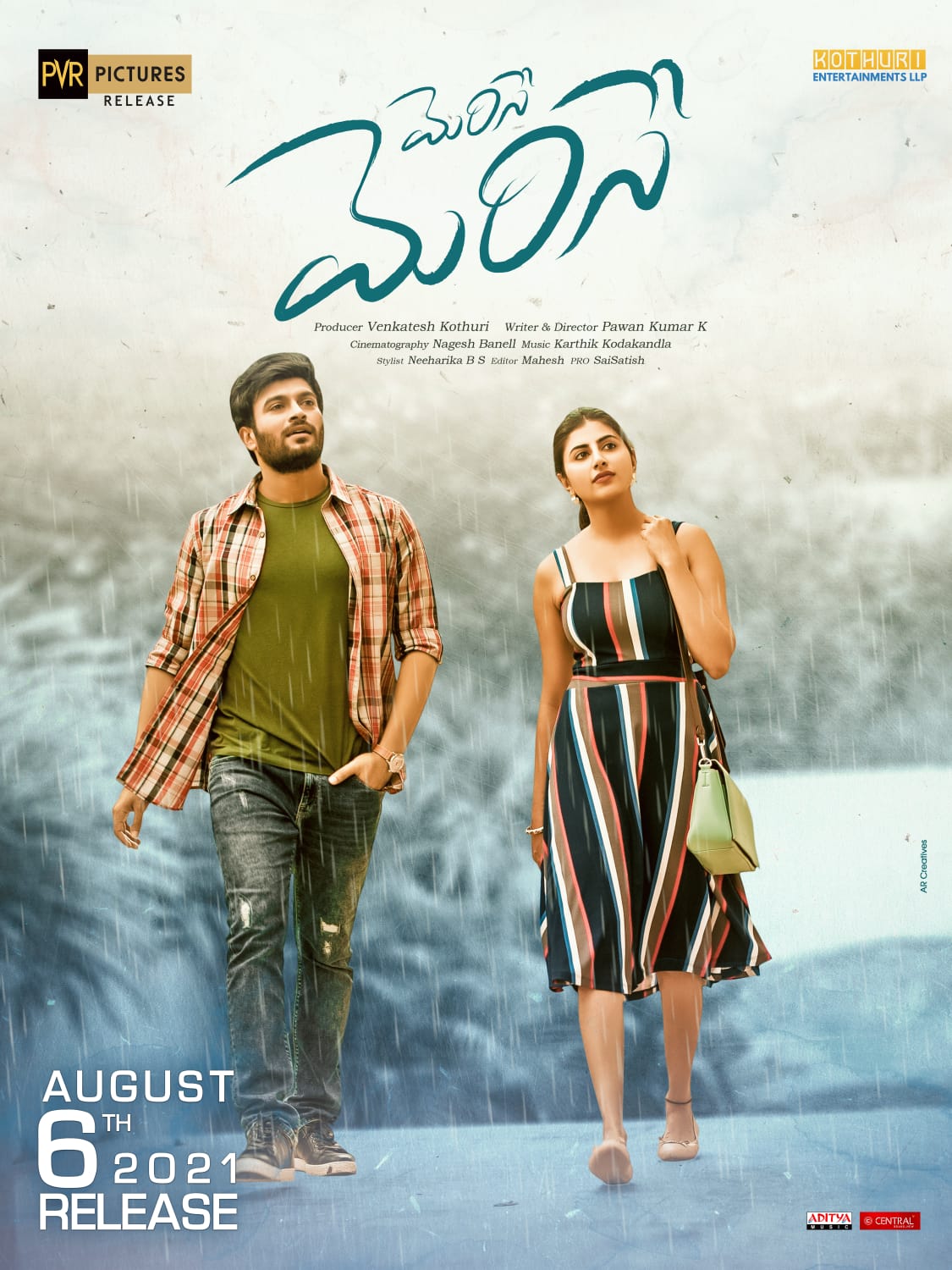 Merise Merise Movie Release in August
Merise Merise to have a Grand Release by PVR Pictures
Young Hero Dinesh Tej who rose to fame with Husharu and played the lead in Play Back film is coming up with his next titled Merise Merise. Actress Shweta Avasthi is the leading lady. A Romantic Wholesome Entertainer directed by debutant Pawan Kumar K and Produced by Venkatesh Kothuri under KOTHURI Entertainments LLP.
The Film has received a good response with its Teaser & Songs . After completing all the post production works, the Film is all set for a grand release in Telugu states on August 6th 2021 by PVR Pictures .
Talking about the same , Director Pawan Kumar said, With the support of Producer  Venkatesh Kothuri we have successfully completed all the formalities related to Merise Merise. The Censor board members who certified our film a clean ‘ U ‘ , gave us an immediate thumbs up and appreciated after watching the film. We are overwhelmed that Prestigious PVR pictures are releasing our Film on 6th August .
We hope the audience also would enjoy the movie in theatres from 6th August.
Cast : Dinesh Tej , Shwetha Awasti , Sanjay Swaroop , Guri Raj , Bindu , Sandhya Janak , Mani ,Sashank , Nanaji.
Crew :
Banner – Kothuri Entertainments
Producer – Venkatesh Kothuri
Cinematographer- Nagesh Banell
Music – Karthik Kodagandla
Story, Direction – Pawan Kumar K