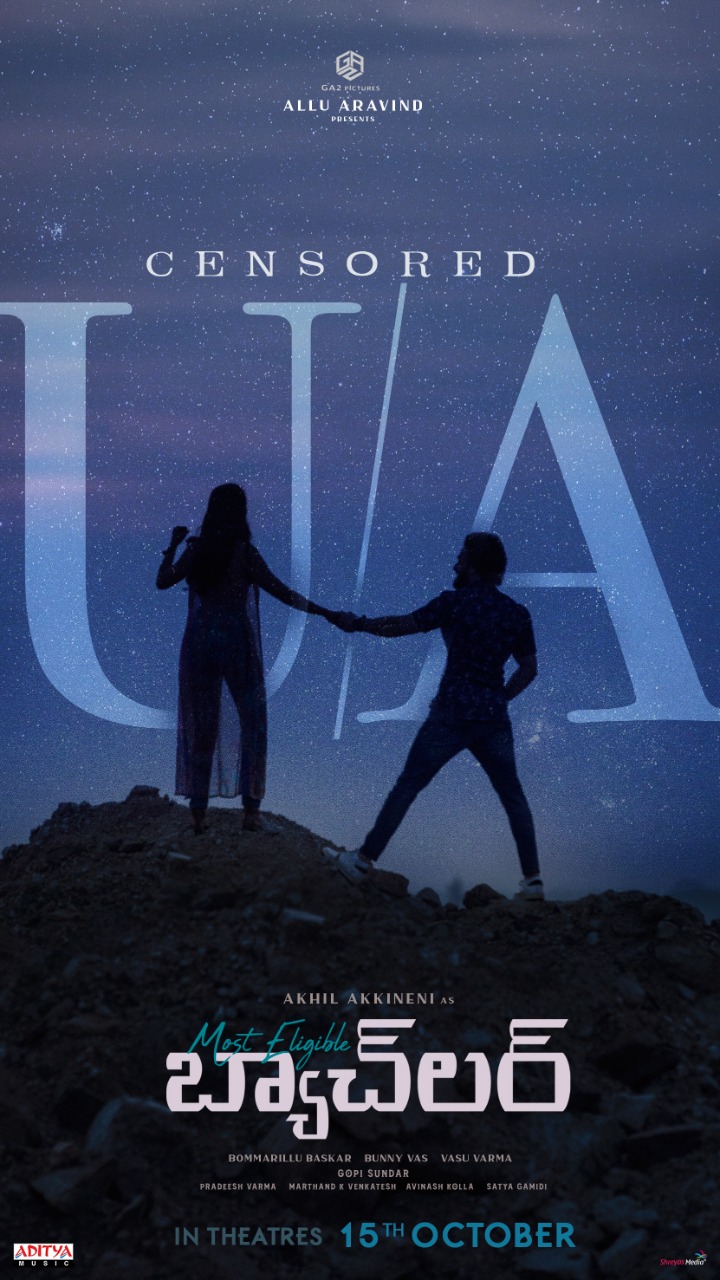 Most Eligible Bachelor movie that has gone for Censor screening has been cleared by Censor Board with “U/A” certificate. Now the movie is all set for a release on 15th October 2021 in Theaters.

Musical score is by Gopi Sundar,Cinematography is by Pradeep M Sharma. Editing is by Marthand K Venkatesh. Art is by Avinash Kolla,Story,screenplay and direction are by Bommarillu Bhaskar. Bunny Vas, Vasu Varma are the producers on GA2 Pictures Banner. The movie is presented by Allu Aravind.