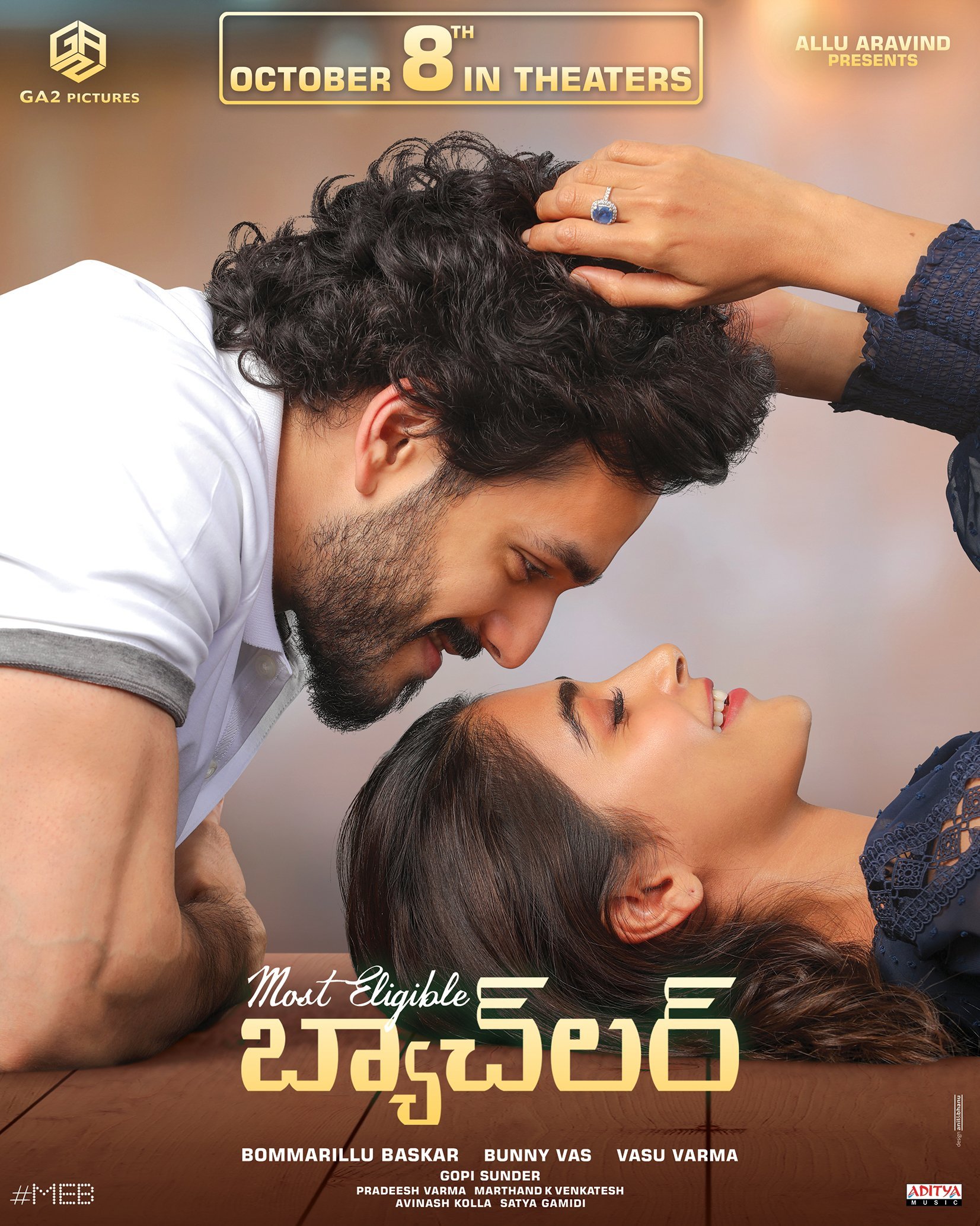 Most Eligible Bachelor movie Starring Akhil Akkineni, and Pooja Hegde, and directed by  Bommarillu Bhaskar is going to be released on 8th October 2021 i theaters.

Musical score is by Gopi Sundar,Cinematography is by Pradeep M Sharma. Editing is by Marthand K Venkatesh. Art is by Avinash Kolla,Story,screenplay and direction are by Bommarillu Bhaskar. Bunny Vas, Vasu Varma are the producers on GA2 Pictures Banner. The movie is presented by Allu Aravind.