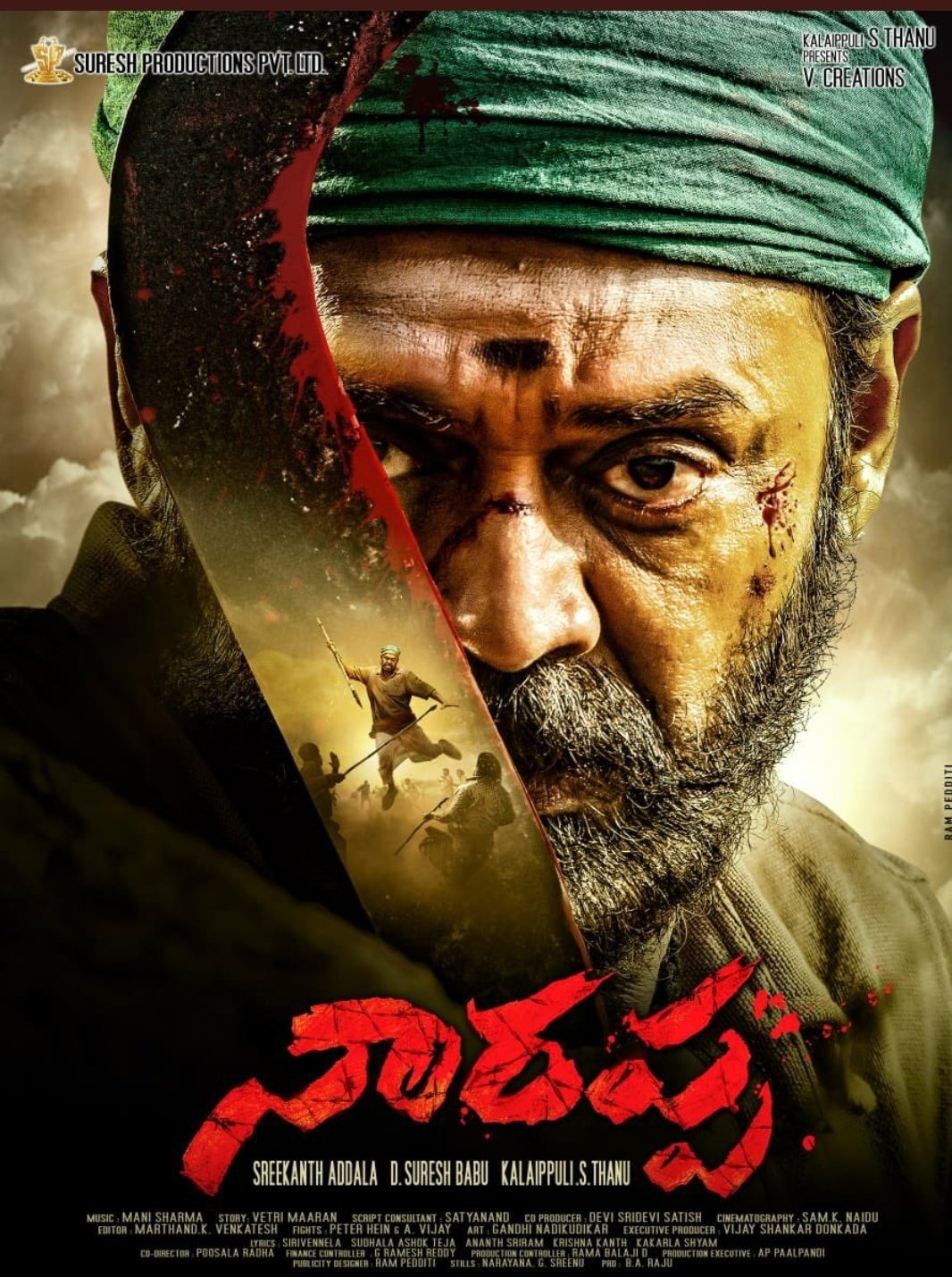 Venkatesh who has made Victory as his first name is currently doing ‘Narappa’ in the Direction of Sreekanth Addala, who is known for delivering heart touching feel-good films. Star Producer Suresh Babu and Kalaippuli S Thanu are Producing Bigbudgeted ‘Naarappa’ under Suresh Productions Pvt Ltd and V Creations banners.
National Award Winning Actress Priyamani who is always a front runner for doing different kinds of roles is playing Sundaramma in this film. She will be remembered for a long time for her role in this film.
The movie release date as announced is 14th May 2021. Now the movie release is postponed. A fresh release date is to be decided and to be announced.
Victory Venkatesh starrer ‘Naarappa’ has Priyamani, Karthik Ratnam, Rao Ramesh, Rajeev Kanakala as principal cast