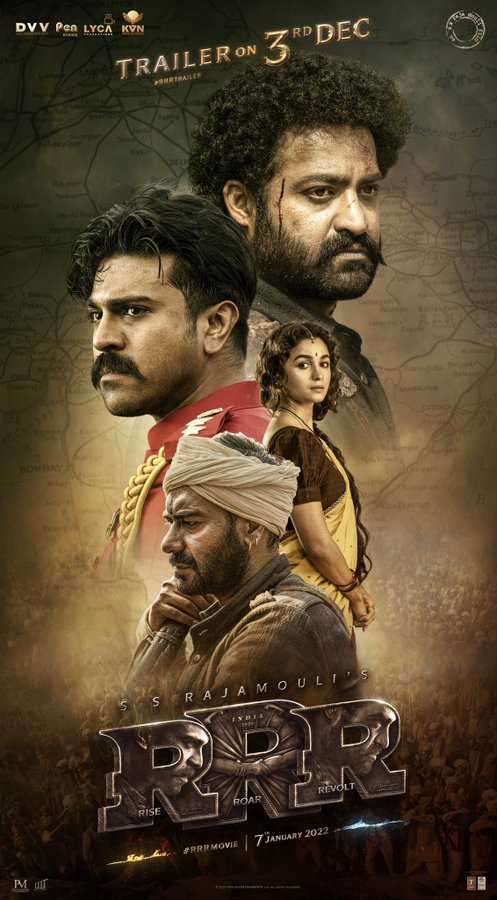 The trailer of S S Rajamouli’s prestigious movie R R R – Roudram Ranam Rudhiram supposed to be released on 3rd December is postponed. The fresh date of trailer release to be decided and to be announced.