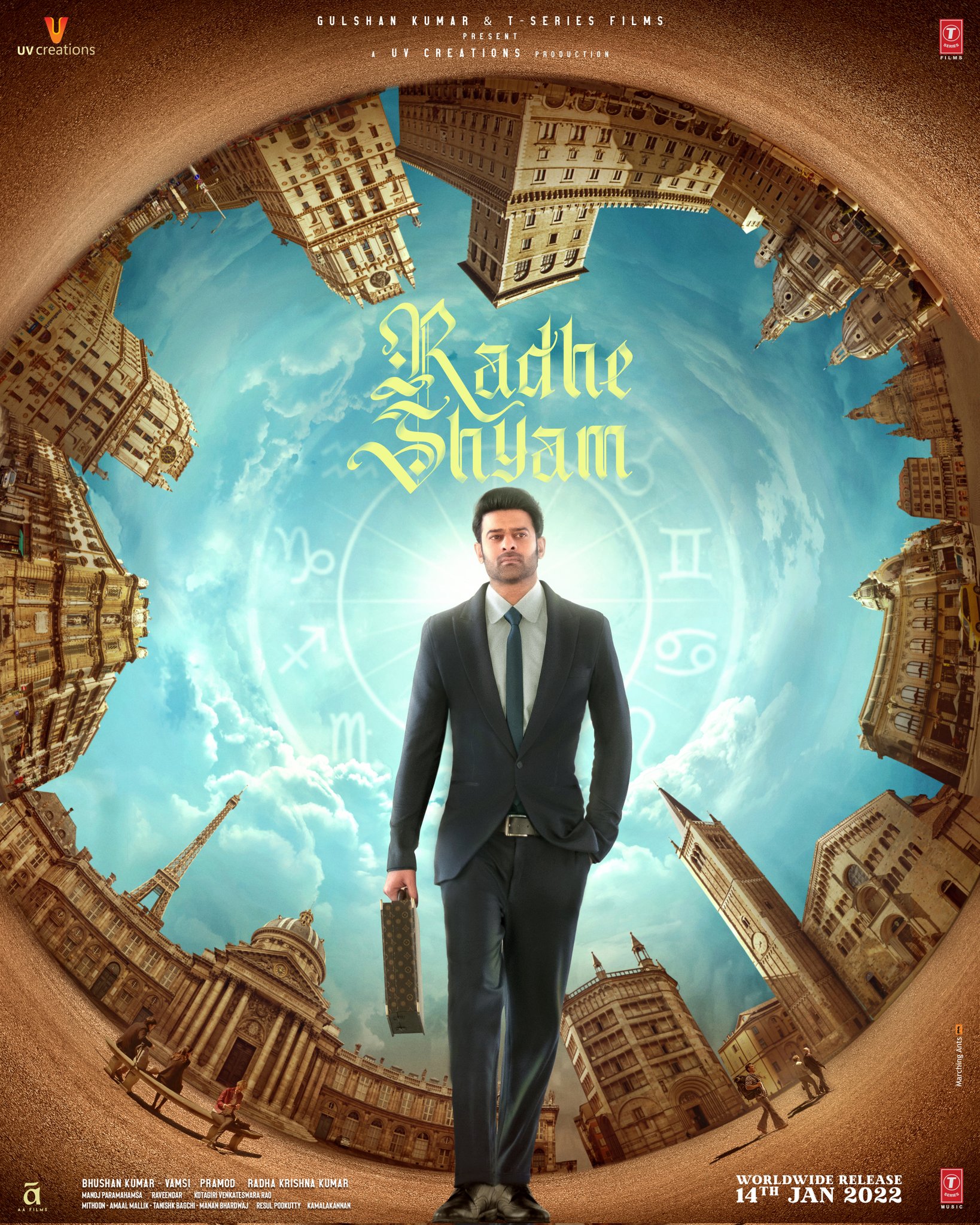 RadheShyam to stick to festive release date of 14th Jan, 2022
Ever since the announcement of the title ‘Radhe Shyam’, there has been a lot of rage and excitement about the film, starring Prabhas and Pooja Hegde. The film is a love story and the actor will be seen in a romantic role after a decade and that is reason enough for his fans to watch the romantic-drama.
The makers of RadheShyam have decided to stick to the prior set festive release date for the film. The Prabhas-Pooja starrer film was slated to release on 14th January 2022, which is a big weekend down south, Pongal celebrations will be underway making it a very auspicious day for this film to release.
The anticipation of the film has been on the rise with the back to back unveiling of different posters. The audiences are loving Prabhas’ glimpses in the lover boy avatar and the picturesque backdrop of romantic city Italy only add to the excitement. The film posters have encompassed a very vintage, old-school and dreamy vibe and the chemistry of Prabhas and Pooja Hegde is being most sought after in the film.
Radheshyam is a beautiful love story all the fans are longing to witness. A multi-lingual film starring the Pan-India star Prabhas and gorgeous Pooja Hegde in lead roles, helmed by Radha Krishna Kumar, presented by Dr.U.V.Krishnam Raju garu and Gopikrishna Movies. It is produced by UV Creations.
The film is being produced by Vamsi,Pramod and Praseedha