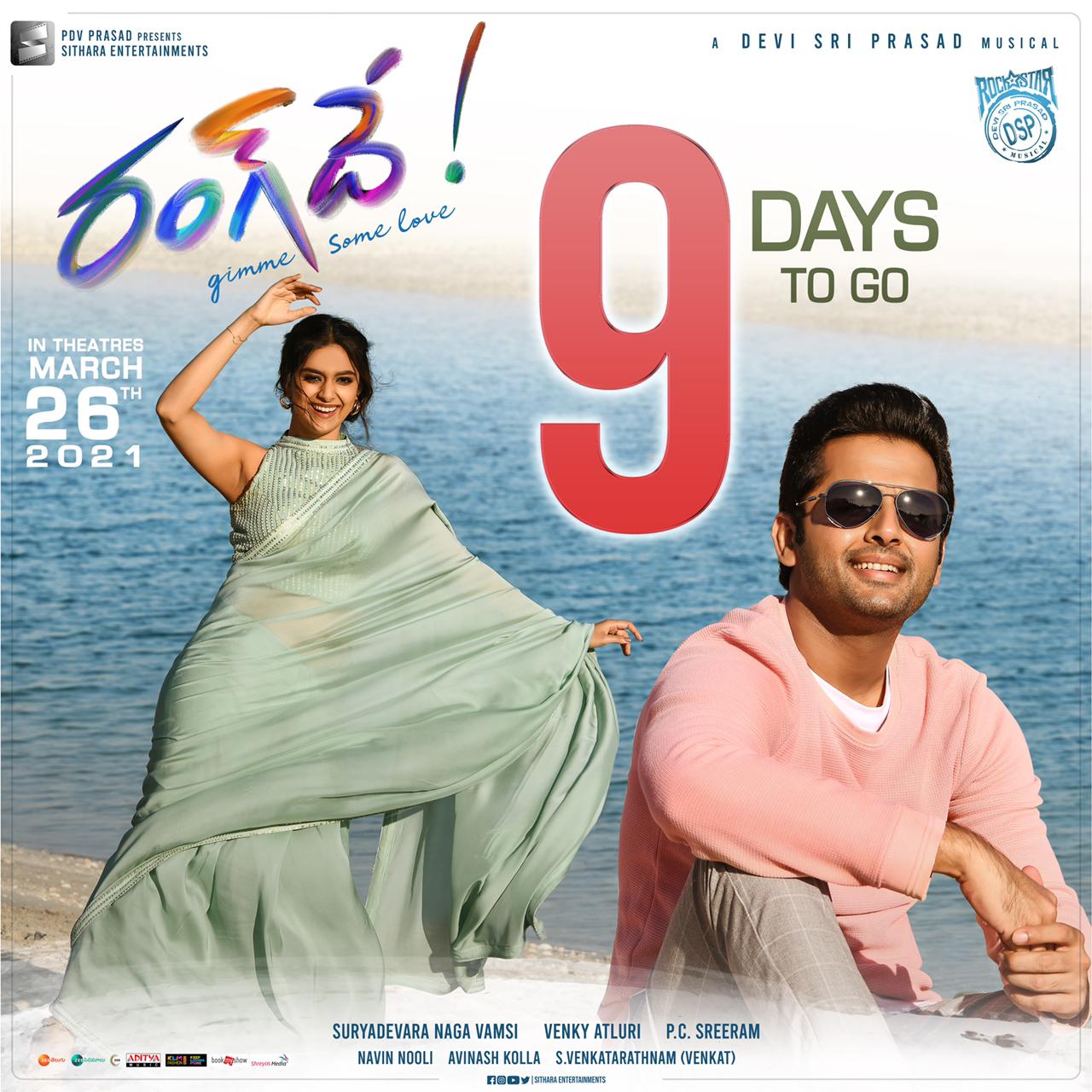 Youth Star Nithiin and actress Keerthy Suresh starrer movie Rang De is dressing up for a release on 26th March 2021. so the movie lovers to wait for 9 days to watch the movie in theaters.